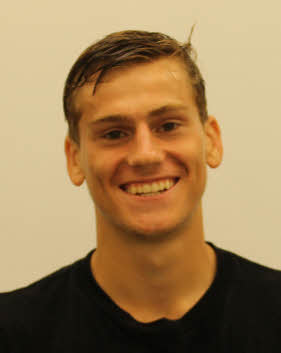 By Evan Beck, a senior molecular biology/biochemistry major from Goshen

This week’s theme: God reaches out with open arms

Two years ago, three of my close friends and I went on an excursion in Europe for several weeks when our May Term class in Spain was over. After visiting Barcelona, Rome, London and Reykjavik, we returned home, filled with renewing cultural experiences and genuine intercultural interactions that served to enhance our perceptions of ourselves as global citizens. Despite what we conveyed to our parents about our immersive experiences in the rich artistic, historical and linguistic traditions of Western Europe, our bank accounts reflected quite a different story. In reality, while our days were certainly occupied with visits to museums and UNESCO World Heritage sites, our five weeks were also speckled with the questionable choices of four unsupervised 19-year-olds that culminated in seeing several sacrilegious musicals in London (sorry, grandma). Even though I had carefully budgeted every leg of our trip, my teenage euphoria guaranteed several poor financial decisions that resulted in returning to the United States considerably over budget. Raised by a frugal father whose favorite pastime is buying cereal on sale, I was more than slightly apprehensive about how he would react when I admitted to spending money rather recklessly. My fears were immediately assuaged, however, when I stepped through our front door and was enveloped in a warm hug and sincere interest in my recent experiences and learnings.

While the parallels of my experience with those in the Parable of the Prodigal Son seem to affirm the chronic irresponsibility of young people having access to cash, there are other lessons to be gleaned as well. As the Prodigal Son returns to his father destitute, his father welcomes him with open arms despite the complaints of the son’s self-righteous brother, who claims he should receive acknowledgment for his steadfast faithfulness.

Examining this parable through a Lenten view lends additional perspective in this time before Easter. My childhood in an Anabaptist tradition often emphasized the importance of a morally righteous discipleship. During Lent, this commitment to moral discipline is often reflected by “giving something up” during the Lenten season as a religious New Year’s resolution. Over the previous two decades, I have given up social media, red meat and reading on the toilet for Lent, all ostensibly as spiritual practices to bring me closer to God. When we resist the temptations of the activity we have removed from our lives for the full six weeks, we often feel quite faithful and righteous.

As we delve into yet another time of Lent, however, we should remember that we all are prodigal people that stray from the path of God, highlighting the irrelevance of the success of our Lenten spiritual discipline. When we become too enveloped in our own righteousness, we become the sulking brother of the parable, rather than recognizing the joy present in the open arms of the father. Those open arms, symbolic of the erasure of our sins through the death of Christ, remain an invitation to all and should be our true focus during this season of Lent.