Four internationally-acclaimed and award-winning writers will take part in a conversation at Goshen College on Thursday, Oct. 6 at 7:30 p.m. in the Newcomer Center, Room 17. The event is free and open to the public.

Ellah Wakatama Allfrey is a 1988 Goshen College graduate and visiting scholar this fall at Goshen College. A leading literary editor and critic in London, Allfrey was a judge for the prestigious 2015 Man Booker Prize. In recognition of her significant contributions to the publishing industry, Allfrey was awarded the title of Officer of the Order of the British Empire (OBE) by Prince Charles in 2011, which is one of the highest cultural honors in England.

Allfrey is former deputy editor of Granta magazine and editor-at-large for Granta and Portobello Books. She has previously served as an editor for Jonathan Cape/Random House and Penguin Press. She currently sits on the selection panel for the Rockefeller Foundation’s Bellagio Fellowship and as a judge for the 2016 Dublin International Literary Award.  Allfrey has served as a judge for prestigious literary awards such as the Man Booker Prize, the David Cohen Prize, the Commonwealth Writers’ Prize, and the Caine Prize for African Writing.

John Freeman, an anthologist of world literature from New York City, was editor of Granta, London’s leading literary magazine, until 2013 and is the former president of the National Book Critics Circle. His writing has appeared in almost 200 English-language publications around the world, including The New York Times Book Review, The Los Angeles Times, The Guardian and The Wall Street Journal.

He is the author of “The Tyranny of E-mail: The Four-Thousand Year Journey to Your Inbox,” “How to Read a Novelist” and “Tales of Two Cities: The Best and Worst of Times in Today’s New York.” Freeman is editor for a series of anthologies of fiction, nonfiction and poetry entitled “Freeman’s,” published in partnership with Grove/Atlantic and The New School. 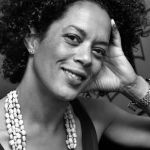 Aminatta Forna is an award-winning novelist from Scotland and Sierra Leone. She is the author of the novels, including “The Hired Man,” “The Memory of Love and Ancestor Stones” and a memoir called “The Devil that Danced on the Water.” Forna’s books have been translated into sixteen languages and her essays have appeared in Granta, The Guardian, The Observer and Vogue. She has written stories for BBC radio and her TV credits include “The Lost Libraries of Timbuktu” (BBC Television, 2009).

Forna is a Fellow of the Royal Society of Literature and a member of the Folio Academy. She has acted as judge for a number of literary awards, including the Samuel Johnson Prize, the Sunday Times EFG Short Story Award, the Caine Prize and the International Man Booker Award.

She is currently Lannan Visiting Chair of Poetics at Georgetown University and Professor of Creative Writing at Bath Spa University. In 2011 and 2013 she held the post of Sterling Brown Visiting Professor at Williams College Massachusetts. In 2014, Forna was named as a winner of a Donald Windham-Sandy M. Campbell Literature Prize awarded annually by Yale University. She has been named a finalist for the 2016 Neustadt Award. Both prizes are awarded for an author’s body of work.

Born in Sarajevo, Hemon visited Chicago in 1992, intending to stay for a matter of months. While he was there, Sarajevo came under siege, and he was unable to return home. Hemon wrote his first story in English in 1995 and was awarded a Guggenheim Fellowship in 2003. He lives in Chicago with his wife and daughter.