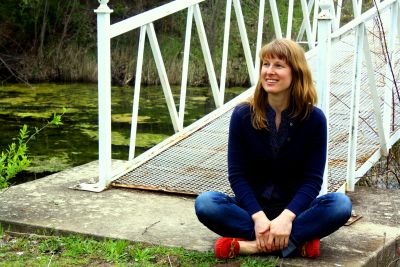 Schmidt will present a program of solo repertoire, including Beethoven’s Piano Sonata No. 12 in A-flat major, Op. 26; Liszt’s Three Sonnets of Petrarch; Chopin’s Piano Sonata No. 3 in B minor, Op. 58; and selections of Prokofiev’s Visions Fugitives interspersed with readings from “What Was I Scared Of?” by Dr. Seuss.

Tickets are $7 adults, $5 seniors/students, available at the door one hour before the concert. Goshen College faculty, staff and students are free with valid ID.

Kathryn Schmidt hails from Western Canada where she performed as a soloist and chamber musician, teacher and adjudicator. Schmidt completed a doctorate of musical arts in piano performance and musicology at the University of British Columbia (Vancouver) in 2010, studying with Henri Paul Sicsic and Jane Coop. Schmidt began teaching privately at age 15, and has taught piano and related subjects at U.B.C. and Trinity Western University (B.C., Canada) since 2004. Schmidt moved to Goshen in 2012 and currently teaches applied piano and theory at Goshen College and at the Community School of the Arts.

Schmidt has performed with orchestras in Goshen, Grand Forks (North Dakota), Vancouver and Winnipeg (Canada), and has also recorded for the radio, film and television industries. An avid chamber musician, Schmidt has performed with some of Canada’s most exciting opera singers and string players. She was resident accompanist at the Egmont Chamber Music Festival (B.C., Canada) and the Bowdoin Summer Music Festival (Bowdoin College, Maine). Locally, Schmidt has repeatedly adjudicated for the Achievement In Music program in South Bend, and in 2012 was a panelist at the Indiana Wesleyan University Piano Pedagogy Conference. Additionally, Schmidt has published in Clavier Companion and American Music Teacher. Above all she is most proud of her husband, Kris, and two sons, Jonah and Zachary.