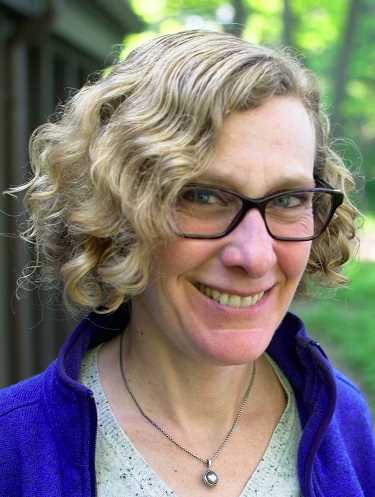 My current research interests are comics/graphic novels and gender studies. Bodies and Boundaries: Female and Nonbinary Characters in Graphic Fiction is coming out in July 2022 as part of the Routledge Studies in Gender, Sexuality, and Comics series, edited by Frederik Byrn Kohlert.

Ms. Marvel’s  America: No Normal, a collection of scholarly essays that I co-edited with fellow comics scholar Hussein Rashid, was published by University Press of Mississippi in 2020. You can read more about it here, and listen to Hussein and me talk about it in this New Books Network podcast episode. I was also a recent panelist discussing women in comics on the podcast Graymalkin Lane.

I also  published an article about teaching comics in the edited collection Lessons Drawn: Essays on the Pedagogy of Comics and Graphic Novels, edited by David Seelow, with a foreword by James Sturm.

You can find my comics review blog at commonscomics.com. You can read an earlier article about my work with comics here, and one about the special journal issue I co-edited here.

I’m always working on creative pieces of my own, mostly fiction and creative nonfiction. I’m currently developing a book proposal about returning to pregnancy after experiencing a stillbirth. I’ve published two pieces about that stillbirth–see “Selected Publications” below.

I’ve also recently returned to writing poetry, which I studied as an undergraduate. I’m revising an epistolary manuscript that I wrote with my aunt, poet Linda Baldanzi, who died of pancreatic cancer in 2018. I took a draft of the manuscript to the Indiana University Writers’ Conference in Bloomington, where I participated in a small workshop run by Aimee Nezhukumatathil.

I love experimenting with new formats, and recently completed my first feature-length screenplay.

I especially enjoy working with my creative writing students to experiment with their language, and to take the next step in the creative writing process and send out their work for publication.

“Introduction” (with Hussein Rashid) and “‘I Would Rather Be a Cyborg’: Both/And Technoculture and the New Ms. Marvel.” Ms. Marvel’s America: No Normal.

Review of Monster Portraits for Journal of Mennonite Studies (2019).

Review of Blush for Journal of Mennonite Studies (2016).

“Instructions for the Bereft. Chapter VIII: Returning to Work. b) In a Small Town.” Booth: A Journal. November 2015. http://booth.butler.edu/2015/11/27/instructions-for-the-bereft/

Review of Thrill of the Chaste: The Allure of Amish Romance Novels for Mennonite Quarterly Review, January 2014.

Review of Demanding Respect: The Evolution of the American Comic Book. Safundi: The Journal of South African and American Studies 12:1 (January 2011). www.safundi.com

“What Remains: (De)composing and (Re)covering American Identity in As I Lay Dying and the Georgia Crematory Scandal.” Co-written with Kyle Schlabach. Journal of the Midwest Modern Language Association 36.1 (Spring 2003): 38-55.

Sermon, “Living with the Lost: Story as Resurrection,” Assembly Mennonite Church, Goshen IN, May 2014

“Chris Ware’s Building Stories: Revisiting and Revising Modernism in the Midwest,” The Louisville Conference on Literature and Culture since 1900, University of Louisville, Louisville KY, February 2014

Presentation on Goshen College at What English Professors Do All Day, Notre Dame Graduate English Department, South Bend IN, November 2013

Excerpt from “Spring and Fall,” Art in the Barn, Goshen IN, October 2011

“The Changing Student ‘Self’ at a Religious Liberal Arts College: Assessing and Adjusting the First-Year Writing Curriculum to Address Major Changes in the Student Body,” Panel Presentation, International Society for the Scholarship of Teaching and Learning, Bloomington IN, October 2009

“Reproducing a Feminist Nation from 1915 to the Edge of the Millennium,” University of Louisville Twentieth-Century Literature Conference, February 1999