We continue individually and as a group to process the tragedy of the landslides in Quito that occurred last week not far from some of our host families and in a neighborhood that we have, on a couple occasions, passed through as a group during this term. In one of our journal assignments this week we asked students to reflect on income disparities, here are a few interesting commentaries from students, some chose to connect their reflections to the current events of last week:

When I started this journal, I wasn’t exactly sure how to talk about the income disparities in Quito, but after the flooding and landslides I feel like I have a pretty concrete example of how these disparities express themselves in everyday life. This morning, my host mom was telling me that the most heavily effected places are the poor neighborhoods, and most of the dead and missing are poor. I understood what she was saying to me as a matter of bad luck, but later today Caleb mentioned that many of Quito’s poor, for lack of better places to live, have constructed homes in protected areas in the foothills of the mountains. These areas are much more prone to erosion, and suffered the most damage. Geographic limitations in the city definitely seem to be one contributor to wealth inequality. –Andrew

Quito is very different from anything I have experienced before, while it is a city just as there are in the US, it is compact and dense in its peoples, buildings, and roads. Being surrounded by mountains has beauty, but it comes with the price of less space, resulting in the crammed cities that we never meant for so many people. The landslide this week was/is a tragedy. Those who lived where the landslide stated knew the land was dangerous but what other choice did they have? The geography here is very much related to class resulting in those in poverty to be the most vulnerable. I think about my friend who lives near La Gasca, the road that was flooded. She talked about the way her street was fine and wondered if it was due to the extra protection of walls her street had.  If this was the case it adds to the idea that privilege is protection. Those whose houses were destroyed know some of the risks but it was what they could afford. I feel the geography is beautiful, but it adds a whole layer to housing and opportunities some without the choice of security. –Sophia

Quito is a city that in the basin or valley which is surrounded by mountains. My home town in China is in a basin. It would be boring to talk about the terrain or geology. The information of population and income would all be connected together in this. The start point of this analyze should be the flooding in La Gasca. I checked the Quito topographic map. It shows me the altitude of every place in Quito. The Google Earth shows me the horizontal distance between locations. Based on this two data, I can calculate the angle of the ground slope. I mainly choosed four locations. The first one is the Foundation, the biggest slope is 2.5 degrees. The second place is La Luz where I live at, the slope is less than 1 degree. The third place is Casa Goshen, the biggest slope is 3 degrees. The last place is the La Gasca the average slope is about 5.5 degrees. Especially at the area that close to the west side mountain, the slope can rise to 11 degrees! For those refugee who has low income or no income, they have to build house in those area that close to those edge area. I am kind depressed in the whole process. It is difficult to find the solution for these kinds problems. –Richard

I don’t know for sure why these income disparities exist, but I can make some guesses. As with America, I’m sure that there are generational patterns of wealth and certain cyclical social structures like the job market, educational systems, etc. that make it difficult to break out of low income levels. Additionally, there are probably situations where certain indigenous groups or immigrant families are discriminated against. I’m not super familiar with Ecuador’s social structure yet, but if the income disparity issue has roots similar to America’s, I would be inclined to see if supporting education access and quality and other social services could help provide equal opportunities to children or disadvantaged families. Issues like this are never easy to solve and are complex and often ingrained in a place’s history, but I believe that it is possible to address them in a beneficial way. –Erica 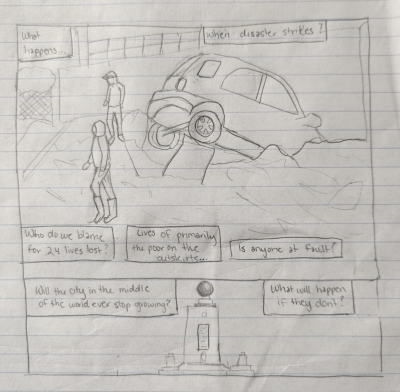 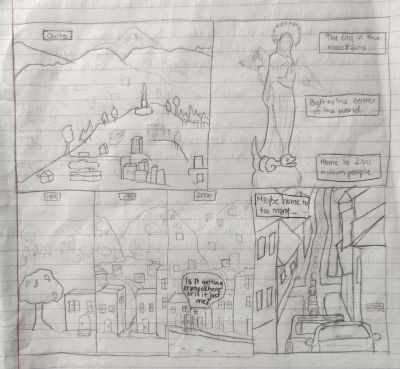