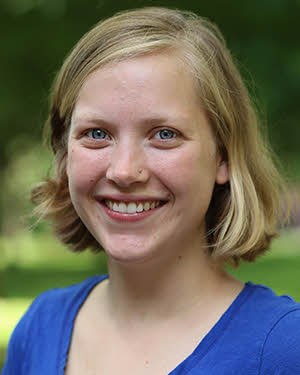 The story of Jesus’ resurrection always reminds me of spring. Indeed, we remember the story just as new buds push through still-cold soil, as the winter sun begins to shine more brightly. In this season, we see new beginnings all around, so to see Jesus’ story through the metaphor of springtime gives us better understanding for this holy resurrection as both the “end of a beginning”, and the start of new hope.

Last February, I diligently cared for egg-carton starts arranged tightly on a windowsill. New shoots were beginning to burst through and I had high hopes that this year’s garden would be fruitful! One morning, I came home to a ransacked living room. Our beloved cat had reclaimed the sunny windowsill and my starts were doomed. It was the end of my garden’s brief beginning. As I desperately counted weeks and looked at long-term weather outlooks, I began to lose hope that my garden could go on as planned.

The weather warmed and I replanted a few seeds directly into the fresh garden soil. What a surprise it was to see green burst through. These strong plants reminded me that so often we lose hope quickly when our “beginnings” end abruptly. Jesus’ resurrection reminds us that our stories are always beginning anew.

Living with Jesus was so full of spring-like anticipation and excitement that his death shook the very foundation of his friends and followers. What to do with the end of this wonderful beginning? Where to go after losing the very person who inspired awe in the hearts of so many? It is Mary Magdalene who first discovers a new spring outside Jesus’ empty tomb.

“I have seen the Lord!” What a turning point it must be for Mary Magdalene when she recognizes her teacher. Her story’s ink was yet wet with sorrow and now she realizes new life through Christ. The road ahead will be long and difficult, but through Christ, this new journey is also one of hope. It represents spring, anew!

Thank you for reading and responding to our Lenten devotional series and theme, “Living Ink.” We hope you join us again in winter as Goshen College students, faculty, and staff offer daily devotions during the Advent Season. Peace!