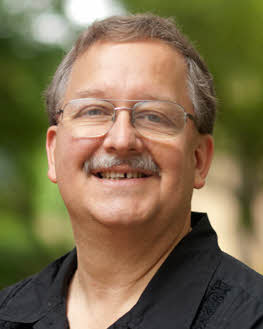 If someone asked me my favorite song lyric, this would be a strong contender. In eight words, this countrified aphorism captures the inescapable highs and lows of life better than a self-help book. Today’s scripture passages share a similar theme, with Jesus entering Jerusalem hailed as the Messiah only to be crucified as a criminal days later in the Matthew text. In the Philippians passage, we have Jesus humbling himself in life and exalted by God through the resurrection–the slave becomes Lord.

It’s tempting as Christians to measure our faithfulness based on whether we’re the windshield or the bug. We live in a culture obsessed with winning – at times at the expense of the truth and our most cherished values. Today’s scripture readings remind us that being Christlike is not about winning the happiness game, or the reputation game, or the money game, or the power game. It’s about obedience to God’s call and embodying a value system of humility and servanthood that even non-Christians would recognize as being Christlike.

In our obedience lies the joy and celebration that grows out of our relationship with God and the people in our lives. From our obedience flows the strength to persevere through life’s lowest valleys.

Prayer: Crucified and risen Lord, you modeled humility and servanthood for your followers. Show us the path of obedience that you embodied in life and death so that we can be in your will, no matter whether we’re the windshield or the bug.

When they had come near Jerusalem and had reached Bethphage, at the Mount of Olives, Jesus sent two disciples, 2saying to them, “Go into the village ahead of you, and immediately you will find a donkey tied, and a colt with her; untie them and bring them to me. 3If anyone says anything to you, just say this, ‘The Lord needs them.’ And he will send them immediately.” 4This took place to fulfill what had been spoken through the prophet, saying, 5“Tell the daughter of Zion, Look, your king is coming to you, humble, and mounted on a donkey, and on a colt, the foal of a donkey.” 6The disciples went and did as Jesus had directed them; 7they brought the donkey and the colt, and put their cloaks on them, and he sat on them. 8A very large crowd spread their cloaks on the road, and others cut branches from the trees and spread them on the road. 9The crowds that went ahead of him and that followed were shouting, “Hosanna to the Son of David! Blessed is the one who comes in the name of the Lord! Hosanna in the highest heaven!” 10When he entered Jerusalem, the whole city was in turmoil, asking, “Who is this?” 11The crowds were saying, “This is the prophet Jesus from Nazareth in Galilee.”