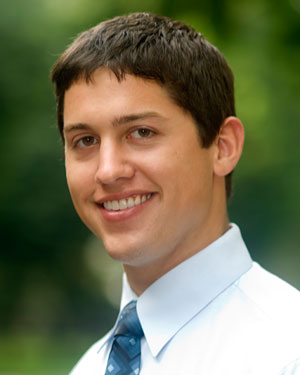 By Jeff Hochstetler, admission counselor
THIS WEEK’S THEME: He humbled himself

DEVOTIONAL:
This past December, 13 months after being diagnosed with cancer, my mother passed away. Growing up, I often took for granted the times with my mother. While my mother was sick, I often anticipated and hoped for the day when she would get better. Future memories of weddings, graduations and grandchildren seemed to hang in the balance. I became frustrated projecting my own hopes of a future on the reality which was happening. Many people from church, coworkers, friends and family prayed for her healing. However, as time went on and her disease progressed, it became clear that my time with her was indeed limited.

As we enter this week looking toward Palm Sunday, we are given a glimpse of a different Jesus than what many of his followers anticipated. The Scriptures this week, particularly in Isaiah and Philippians, point to a Jesus who, upon entering Jerusalem, acts strangely out of sync with people’s hopes for a Messiah. Rather than taking the throne room, Jesus “humbled himself, and became obedient to death – even death on a cross!” I can imagine people’s frustrations with Jesus, as he is joyously greeted upon arrival, but then fails to meet the crowd’s expectations.

Too often we are plagued by our own visions of the future. But Jesus invites us into a different way. This way means that equality with God is not something to be grasped, because God’s thoughts are completely different than ours and often far beyond anything we could imagine. For me, this means holding on to a Jesus who is made perfect in his brokenness.

In her final weeks, time spent with my mother became even more meaningful. The final hours of my mother’s life were a special time for my family and close friends. As we gathered around her bedside saying our goodbyes, someone suggested we start to sing. Our voices, strained with emotion, grew clearer and louder as we continued singing. Singing for over two hours, we finished with Handel’s “Hallelujah” chorus, ending on a crescendo in which each of us poured out ourselves.