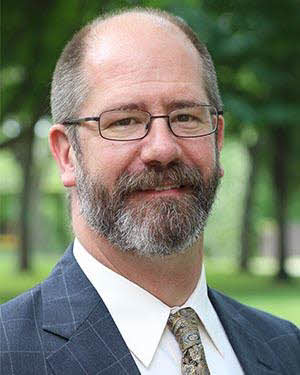 By Ross Peterson-Veach, associate academic dean and director of curriculum and faculty development for the Center for Intercultural Teaching and Learning

Like a lot of angels in the Bible, after calling Joseph by name, the angel in today’s passage starts with “don’t be afraid.” Once years ago when my kids and I were reading their Children’s Bible before bed, one of them asked “why would I be afraid of an angel – aren’t they supposed to be nice?” He had me there … and I was uncharacteristically at a loss for words. We talked about the big voices they have, the situations in which they appear and the idea that if you were not expecting it, it might be pretty scary to see even a sliver of God’s power up close and unfiltered – especially if God was not too happy with you. Then one of them asked, “So Jesus and the angels tell us that God doesn’t want us to be afraid – is that all?” I told them, “Well, that’s not all, but ‘be not afraid’ is a good place to start.”

I was feeling pretty good about myself there – after all, I was not totally at a loss. But as I thought about it more and more, I realized that I had made a bit of a mistake. I hadn’t made it clear to them that “be not afraid” is a divine, not a human, beginning. That it’s not the first thing WE do – it’s really more the first thing we need to work on, the “top priority” and the thing we need God’s help most in order to do. The angel that appeared to Joseph brought the best news of all – God is with us.

So my prayer for you this Advent season is that you will feel the celebration of Jesus’ birth as the certainty of God’s presence in your life. God is with us; we are not alone. Thanks be to God.

Now the birth of Jesus the Messiah took place in this way. When his mother Mary had been engaged to Joseph, but before they lived together, she was found to be with child from the Holy Spirit. 19Her husband Joseph, being a righteous man and unwilling to expose her to public disgrace, planned to dismiss her quietly. 20But just when he had resolved to do this, an angel of the Lord appeared to him in a dream and said, “Joseph, son of David, do not be afraid to take Mary as your wife, for the child conceived in her is from the Holy Spirit. 21She will bear a son, and you are to name him Jesus, for he will save his people from their sins.” 22All this took place to fulfill what had been spoken by the Lord through the prophet: 23“Look, the virgin shall conceive and bear a son, and they shall name him Emmanuel,” which means, “God is with us.” 24When Joseph awoke from sleep, he did as the angel of the Lord commanded him; he took her as his wife, 25but had no marital relations with her until she had borne a son; and he named him Jesus.