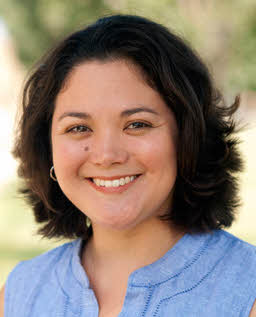 DEVOTIONAL:
As they near Jerusalem, Jesus gives his disciples clear instructions: Go, find, untie, bring to me…

All this so the last part of the journey to Jerusalem can begin to come to its tragic and triumphant end.

In our own Lenten journey, perhaps we are starting to get the sense that we are near our destination.

But do we really know what lies ahead? Generally, we’d say “no”; the future is a mystery yet to unfold. In this case we do know. We know the end of this story. We know that this victory is already won in Jesus’ salvific act of dying and rising. Jesus has triumphed over death.

Each Holy Week, as I hear the stories of the obedient confusion from the disciples (why do you need an ass and a colt?!), the inevitable betrayal by a friend and the horrific death of “Jesus the prophet, from Nazareth in Galilee.” I am consoled because I know that victory is the “end” of our human story. Resurrection will come on the third day.

Yet we live each day in the reality that this victory has not yet been fully realized. We live with agony, disappointment, despair and even death. We are called to not only believe in this victory with our mind, but to live and act out of our belief.

PRAYER:
God, who exceeds all expectations, be our hope as we enter more deeply into the Easter mysteries. Sustain our resolve, and grow our desire to live life in expectation of your victory that continues to come.

When they had come near Jerusalem and had reached Bethphage, at the Mount of Olives, Jesus sent two disciples, 2saying to them, “Go into the village ahead of you, and immediately you will find a donkey tied, and a colt with her; untie them and bring them to me. 3If anyone says anything to you, just say this, ‘The Lord needs them.’ And he will send them immediately.” 4This took place to fulfill what had been spoken through the prophet, saying, 5“Tell the daughter of Zion, Look, your king is coming to you, humble, and mounted on a donkey, and on a colt, the foal of a donkey.” 6The disciples went and did as Jesus had directed them; 7they brought the donkey and the colt, and put their cloaks on them, and he sat on them. 8A very large crowd spread their cloaks on the road, and others cut branches from the trees and spread them on the road. 9The crowds that went ahead of him and that followed were shouting, “Hosanna to the Son of David! Blessed is the one who comes in the name of the Lord! Hosanna in the highest heaven!” 10When he entered Jerusalem, the whole city was in turmoil, asking, “Who is this?” 11The crowds were saying, “This is the prophet Jesus from Nazareth in Galilee.”