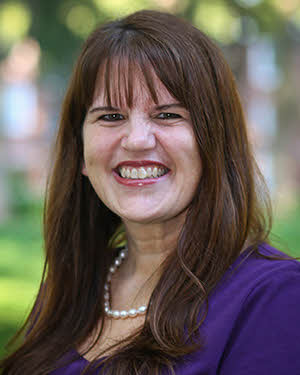 A version of this devotion was originally published March 7, 2016.

As I read over the the Scripture for this week, I was reminded of a trip that my mom, my aunt and my cousin took when I was little. My cousin informed me that when we got to the store we would hide in the clothing racks and scare our moms.

Get ready. While we were hiding in the clothing rack my cousin counted to three and we popped out, just as planned. However, an unexpected twist happened. The person we scared wasn’t my mom or my aunt. We were certain that our moms were lost. We marched ourselves up to the lost and found, also known as the announcement desk and home of the blue light special light. There it was – the twist, over the loud speaker – “Donna and Carol, please come to the front of the store, we have your LOST children.”

As we focus on Jesus this week, let’s remember that even though Jesus was on his way to his death, he continued to find people. He continued to accept people where they were: lost. He celebrated that they were found.

Thus says the Lord, who makes a way in the sea, a path in the mighty waters, 17who brings out chariot and horse, army and warrior; they lie down, they cannot rise, they are extinguished, quenched like a wick: 18Do not remember the former things, or consider the things of old. 19I am about to do a new thing; now it springs forth, do you not perceive it? I will make a way in the wilderness and rivers in the desert. 20The wild animals will honor me, the jackals and the ostriches; for I give water in the wilderness, rivers in the desert, to give drink to my chosen people, 21the people whom I formed for myself so that they might declare my praise.