There are a lot of negative narratives about college these days. Like this, which I found in Marketplace, the magazine of the Mennonite Economic Development Agency (MEDA):

“I’ve been telling my kids since they were old enough to know what college is that they will never, ever go there . . . . Over my dead body will I see my children begin their adult lives saddled with enormous debt and facing dismal employment prospects, because that is no way to live your life. . . .

I’ve often said that my goal is to raise a plumber, an electrician, a welder, a nurse, and a mechanic. . . . . They’ll have steady employment in lucrative fields and be in possession of valuable, highly-prized skills — something most college graduates are sorely lacking.”

How do we respond to this? Let’s begin with some evidence.

A recent analysis of US Census data shows the great advantage that education has to employment in today’s economy. Unemployment and underemployment are strongly associated with lack of educational attainment, as shown in the graph below. 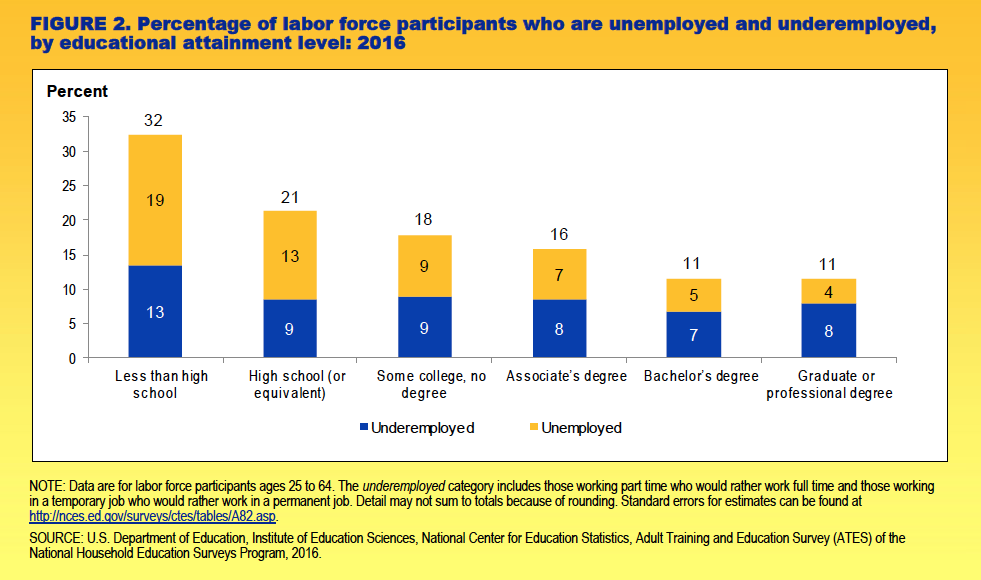 At GC, 98 percent of recent job-seeking graduates are employed, in grad school or doing service within one year of graduation.

But is college really worth the high cost? In the past 30 years, the price of college has risen at twice the rate of wages, but the pay-off for a college education has nearly kept pace with the rising costs. College graduates continue to earn a substantially higher wage than those whose education ends at high school, after adjusting for inflation and demographic differences between the groups. 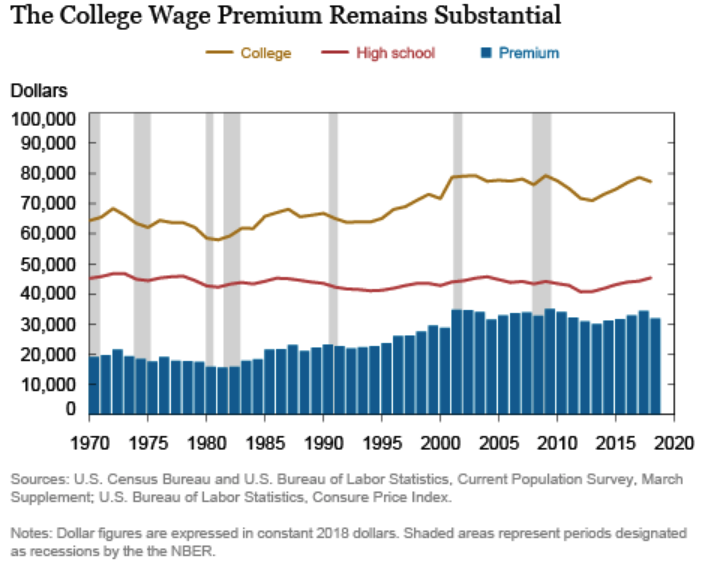 The return-on-investment (technically, the internal rate of return) of college education is currently greater than 13 percent — higher now than it was around 1980, when I went to college. 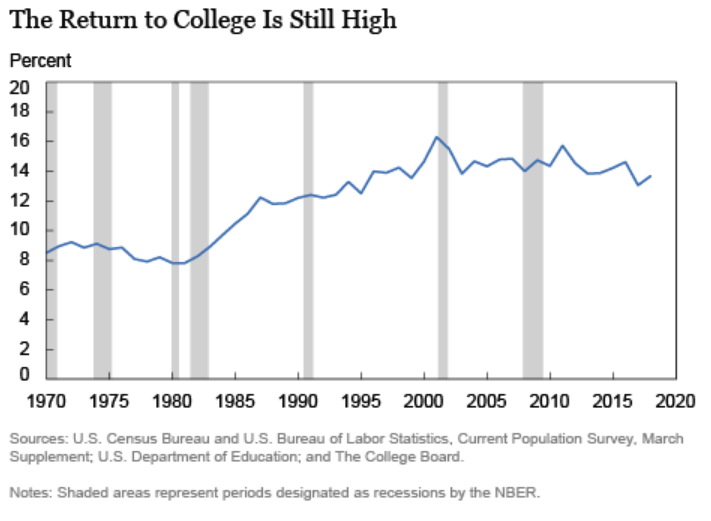 The authors of the report write:

“At nearly 14 percent, the return to college easily exceeds various investment benchmarks, such as the long-term return on stocks (7 percent) or bonds (3 percent). . . .Thus, while the rising cost of college has eroded the return to a bachelor’s degree to some extent, our analysis suggests that college remains a good investment, at least for most people.”

These studies focus only on income, and colleges like Goshen offer “returns” in many dimensions of the human experience. For example, GC’s “Culture for Service” curriculum and ethos shape students who become alumni who serve communities locally and globally. For example, read about senior Jose Chiquito, a Dreamer from Goshen with a passion for sustainability, justice and peace.

So, yes: College is a great investment!

It is also true that we need to continually get better at preparing graduates for a changing economy. Stay tuned for more research and thoughts in future posts.

Read part 2 and part 3 of this blog series.