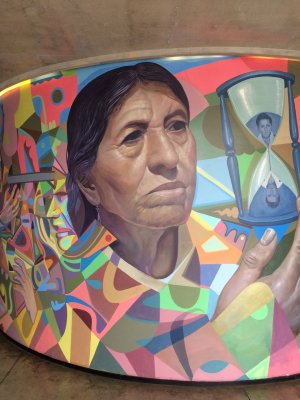 We took a look at some very challenging topics this week, including healthcare for the poor, the educational system in Perú, and the history of violence and conflict.

We spent the first part of our week studying the Terror Times — the period of conflict between revolutionary groups and the state which took place in Perú from approximately 1980-2000. Felix Reátegui, a professor at Catholic University of Perú and member of the Institute for Democracy and Human Rights, talked to us about the origins of the conflict, and gave an overview of the main actors and pivotal events. He also explained how the citizens of Perú, especially those living in the Andean highlands and parts of the Amazon, were caught between these actors. Afterwards, we heard from Jerry Acosta, a local pastor, who shared a first-hand account of what it was like to try to stay alive between these fighting factions. 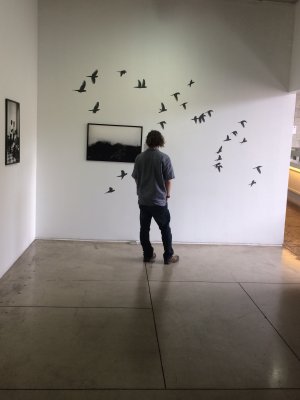 The following day, we visited Lugar de la Memoria, la Tolerancia y la Inclusión Social (Place of Memory, Tolerance and Social Inclusion), a museum dedicated to promoting understanding of the events that led to the conflict. It is also a memorial to those on all sides who lost their lives. Both the government-sponsored police and military forces, as well as the revolutionary groups, were responsible for committing atrocities against Peruvian citizens, and the museum offered explanations as well as photographs and objects which made these events very real for us. The period resulted in nearly 70,000 deaths and disappearances and untold numbers of people who suffered torture and abuse.

On Thursday, we heard from Dr. Robert Tarazona on the topic of healthcare for the poor in Perú. Though the overall number of people living in poverty in Perú has declined over the last two decades, people living in rural areas are still much more likely to be living in extreme poverty as compared to urban areas, and this gap has not improved. The life expectancy of a person living in the most impoverished areas of Perú is 15 years lower than someone living in Lima. 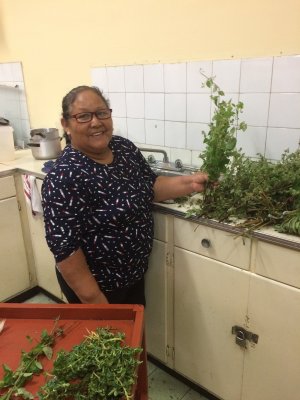 Later in the morning, we had a demonstration of traditional medicines by Alicia Taype, GC program assistant. Alicia prepared 10 medicinal teas for us to sample, as well as fresh aloe and machka, a paste made of toasted barley and herbal tea which she often ate for breakfast as a child. These preparations, which Alicia learned from her mother, are treatments and nutritional supplements commonly used in the Andes where there is often little access to medical care and no money to buy medicines, even if they are available.

On Friday, Celia Vásquez gave a presentation about the education system in Perú. Students learned about the history of public education in Perú, as well as various aspects affecting educational outcomes, including poverty, geography, and local financial support from the private sector. They also looked at the differences between public and private education, and the lack of oversight in both public education and for-profit private schools.

And last but not least, students continued their language study in the afternoons. They ended the week with a Tae Bo workout led by Profesora Ana and a fierce karaoke competition between classes. Congratulations to Profesora Ana’s class for their winning rendition of “Cuando Pienses en Volver”!