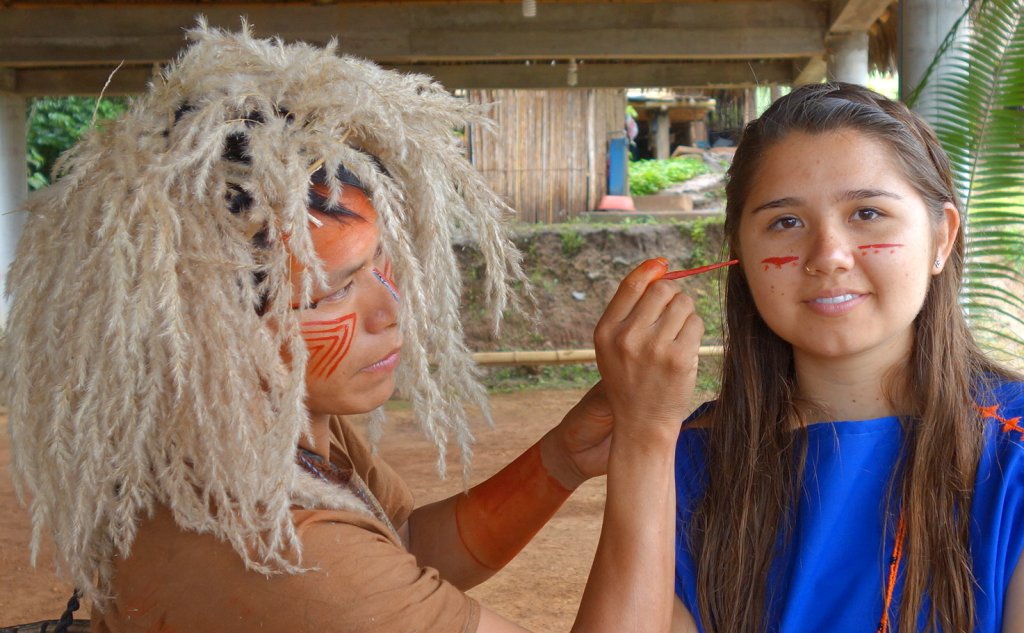 The Amazon region of Peru is home to more than 50 indigenous groups, the largest of which is the Ashaninka people, numbering about 80,000.  Gabby and Tyler are living in one of the communities, San Miguel, that welcomes visitors to live with them.   The community is also undergoing a transition.  For example, while a decade ago the inhabitants wore traditional Ashaninka tunics all the time, now they dress alternately in Western clothing and the tunics.  Televisions and cell phones are also making their influence felt.

Still, the cultural differences in the village have been an extra culture shock for the students.  Tyler wrote in his journal that because of the lack of easy access to the outside world, “There have been times I have felt completely disengaged from my life in the United States.”  In addition to Spanish being a foreign language, the community’s use of Ashaninka for many communications between themselves also has been difficult, but in the end, “I decided, in a way, [the isolation] is a good thing.”

[This is our last post from service assignments.  This Thursday we will have a brief post of students as they return to Lima from their service assignments, and then Friday, Saturday and Sunday we will be on retreat, sharing experiences, what we learned, and preparing for reentry back into the U.S.]