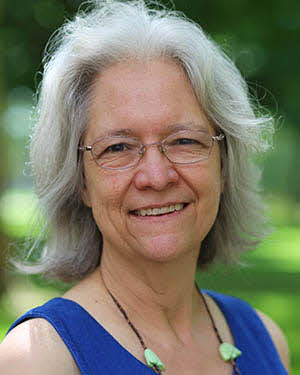 By Ann Hostetler, professor of English

Where are you from?

This simple question of introduction has become freighted with a negative connotation. It can imply that you are a stranger, that you do not belong. It can sound like a challenge to your legitimacy in a given context.

Yet, this question can also be construed in a far more positive light. It implies that we are all on a journey, that the path from our birth place to our current place makes us unique. That we are all pilgrims and strangers, meeting at the intersections of our life journeys.

Last week I met a cardiologist from Pakistan. He saved me the awkwardness of asking where he was from, because the flyer he had sent me before the appointment included information about his home country and his training both there and in the United States. By doing so, he had already extended an invitation. When he learned that I taught at Goshen College, he said he had heard about our strong international student program. Soon we were talking about languages. He asked me which languages I spoke; then I asked him what he had grown up speaking.

“Everywhere you travel within a ten mile radius in Pakistan,” he said, “there’s a different language. My father spoke one language, my mother another, my village a third one.” He told me that many people don’t even know the national language, Urdu, so they communicate with signs. I was astonished at the layers of language that stood between him and me, meeting in English, in a Goshen, Indiana waiting room.

I had never heard of his hometown—in fact, I had to ask him what the national language of Pakistan was. My hometown, too, and my birthplace are obscure villages in Pennsylvania. Yet our journeys had brought us to this intersection in a small city in Northern Indiana. I learned more about Pakistan in five minutes of friendly exchange with my doctor than I had from NPR in its news reports over years of turmoil in that region. The place became human and fascinating and relatable.

Jesus was born in a small, obscure village—Bethlehem—not far from Jerusalem. “You are small among the clans of Judah,” says the prophet of Micah. Yet out of that small place came “a ruler over Israel.” I imagine Bethlehem to be something like the villages the doctor described in Pakistan—places associated with clans, family lines, particular languages. And yet, from that place has come one whose example and spirit have transcended the boundaries of time and place.

It doesn’t matter where we are born in terms of God’s ability to work through us. But it does matter when we tell our stories and find connections between places that once seemed so separate. Who from Bethlehem Ephrathah living in the time of Micah would have ever imagined that its name would be made famous several thousand years later in a sacred text and Christmas Carol?

But you, O Bethlehem of Ephrathah, who are one of the little clans of Judah, from you shall come forth for me one who is to rule in Israel, whose origin is from of old, from ancient days. 3Therefore he shall give them up until the time when she who is in labor has brought forth; then the rest of his kindred shall return to the people of Israel. 4And he shall stand and feed his flock in the strength of the Lord, in the majesty of the name of the Lord his God. And they shall live secure, for now he shall be great to the ends of the earth; 5and he shall be the one of peace. If the Assyrians come into our land and tread upon our soil, we will raise against them seven shepherds and eight installed as rulers.