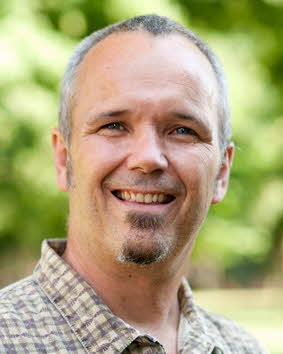 DEVOTIONAL:
Right after Dylan, my first son, was born we planted an apple tree in honor of his birth. I purchased it from the local nursery right down the road from Merry Lea, Benders Orchard. We waited for the first fruit to grow on that tree. And we waited and waited and waited. We pruned it. Mulched it. Put coffee grounds around it. And still no fruit. I couldn’t cut down the tree that we planted in honor of my first son so we kept loving it and being patient. Well, after the sixth year we got five apples off of that tree. The seventh summer we got thirty!

According to the University of Illinois Extension Service Apple trees take four to five years to produce their first fruit. If I would have been impatient and listened to the man in verse six of today’s Scripture, I would have cut the tree down after the third year. But we didn’t give up hope. We knew that that extra special tree would be bountiful as long as we waited and protected it from harm.

Sometimes we just can’t wait for the Lord and we don’t trust that the harvest won’t come. Sometimes it’s hard for us to trust the Creator and respect the timeline which is not ours. Because of that, we might become slackers, we might not continue the path given to us. So as an environmental educator, when I see the creation being mistreated because of impatient people being greedy and not respecting the Creator, like mountaintop removal in West Virginia, or the shadows of taller trees overshadowing my fig tree, like climate change, I want to not continue my path. But according to Nelson Thomas, one of the original founders of Minnesota Episcopal Environmental Stewardship Commission, “we (need to) use Jesus’ message (in this parable) to fertilize our efforts to protect, conserve, educate, support, advocate and learn” about this creation the Lord has given us to care for. Don’t expect God to do everything for you. Continue being a great gardener. And wait for the Lord.

6Then he told this parable: “A man had a fig tree planted in his vineyard; and he came looking for fruit on it and found none. 7So he said to the gardener, ‘See here! For three years I have come looking for fruit on this fig tree, and still I find none. Cut it down! Why should it be wasting the soil?’ 8He replied, ‘Sir, let it alone for one more year, until I dig around it and put manure on it. 9If it bears fruit next year, well and good; but if not, you can cut it down.’”