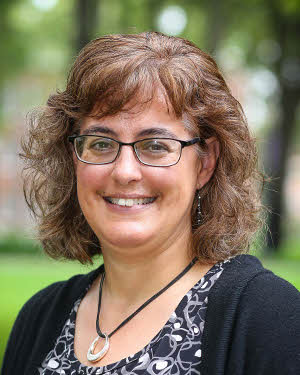 This devotion was originally published March 24, 2016

By Deanna Risser, VP for finance

The sound of silverware against plates, chairs sliding along the floor, chewing and swallowing filled the quiet. I was very aware of my stomach growling, the fork that slipped from my hand, and wondered if others were hearing it too. Slowly, as I became more comfortable and focused fully on the food in front of me, I was able to savor what I was eating, and to see the abundance of provision. My first experience of eating a meal in silence was awkward, but now I welcome this gift and it’s reminder to slow down and pay attention.

Recently there has been a renewed focus on being intentional about the food we eat. I pay more attention to where my food comes from – who tended the soil? Was it raised in a sustainable manner? How far did it travel before arriving on my plate? Are the almonds I snack on contributing to the California water shortage? The local food movement has helped raise awareness about all the factors and costs that go into providing healthy food for all of us to eat.

As we move through Holy Week toward Easter, this Maundy Thursday draws our attention to the Last Supper that Jesus shared with his disciples. Instead of just sharing another meal together, Jesus took this opportunity to share the bread and the cup, explaining that these were his body and his blood. Jesus knew what was coming in the days ahead – his arrest, death and resurrection. He took the time at one of their last meals together to show his disciples that he would live on through the breaking of bread together, and the intentional practice of communion. Now, instead of food simply providing nutrition and energy, eating the bread and cup of communion serves a higher purpose of connecting us with Jesus, and his death and resurrection. Communion reminds us that Jesus’ resurrection had destroyed the final enemy – death (verse 26).

May we all eat and live with intention.

If for this life only we have hoped in Christ, we are of all people most to be pitied.

20But in fact Christ has been raised from the dead, the first fruits of those who have died. 21For since death came through a human being, the resurrection of the dead has also come through a human being; 22for as all die in Adam, so all will be made alive in Christ. 23But each in his own order: Christ the first fruits, then at his coming those who belong to Christ. 24Then comes the end, when he hands over the kingdom to God the Father, after he has destroyed every ruler and every authority and power. 25For he must reign until he has put all his enemies under his feet. 26The last enemy to be destroyed is death.