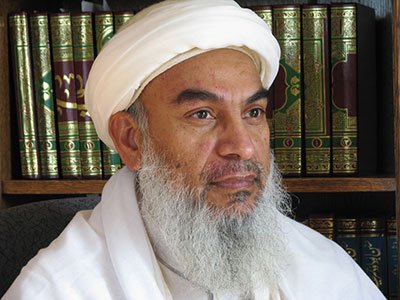 Dr. Muzaffar Iqbal is the founder-president of the Center for Islamic Sciences (www.cis-ca.org), Canada, (previously, Center for Islam and Science); editor of Islamic Sciences, a semi-annual journal of Islamic perspectives on science and civilization, and General Editor of the seven-volume Integrated Encyclopedia of the Qur’an, the first English-language reference work on the Qur’an based on fourteen centuries of Muslim reflection and scholarship. The first volume was published in January 2013.

Dr. Iqbal received his Ph.D. in chemistry (University of Saskatchewan, Canada, 1983), and then left the field of experimental science to fully devote himself to study Islam.

Born in Lahore, Pakistan, he has lived in Canada and United States since 1979. He has held academic and research positions at the University of Saskatchewan (1979-1984), the University of Wisconsin-Madison (1984-85), and McGill University (1986).

During 1990-1999, he pursued research and study on Islam and its spiritual, intellectual and scientific traditions. He lived and worked in Pakistan, first as Director of the Organization of the Islamic Conference (OIC, now the Organisation of Islamic Cooperation) Committee on Scientific and Technological Cooperation (COMSTECH) (1991-96) and then as Director of the Pakistan Academy of Sciences (1998-99).

During 1999-2001, Dr. Iqbal was Program Director (for the Muslim World) for the Science-Religion Course Program of the Center for Theology and the Natural Sciences (CTNS), Berkeley, USA.

Dr. Iqbal has written, translated, and edited twenty-one books and published nearly one hundred papers on Islam, and on the relationship between Islam and science, Islam and the West, the contemporary situation of Muslims, and the history of Islamic science. He co-translated volume VII of Tafhim al-Qur’an, an influential twentieth century tafsir (Islamic Foundation, 2001). He contributed, as consultant, to Concentric Circles—Nurturing Awe and Wonder in Early Childhood and is one of the founders of the Muslim Education Foundation (Canada), a not-for-profit organization dedicated to providing resources and services to educators, students and parents for a process of learning built on the Qur’anic worldview. He was the Series Editor for Ashgate’s four volume work Islam and Science: Historic and Contemporary Perspectives (2012).