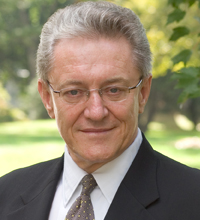 Professor J. Wentzel van Huyssteen was the first James I. McCord Professor of Theology and Science at Princeton Theological Seminary. Ordained in the Dutch Reformed Church of South Africa and a native of that country, he holds an M.A. in philosophy from the University of Stellenbosch in South Africa, and a Ph.D. in philosophical theology from the Free University of Amsterdam.