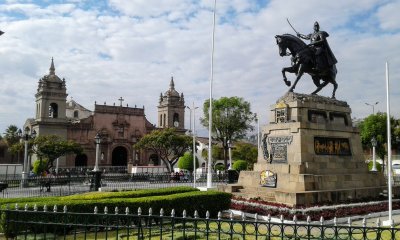 Nick, Jen, Bobby, Ming and Evan are living and serving in Ayacucho, a region in the south central Andes. The city of Ayacucho, also known as Huamanga, is the capital of the region and is famous for its 33 churches, as well as its elaborate Holy Week celebrations which attract thousands of visitors from across Perú each year. It is also one of the poorest regions of Perú and was one of the hardest hit by the Shining Path insurgency in the 1980s. Nick, Jen and Bobby live within the city limits of Huamanga, and Ming and Evan live about 45 minutes away, in the smaller town of Quinua.

Evan and Ming are living with artisan families in the town of Quinua. Quinua is well-known for its distinctive art and most residents earn their livelihood through the sale of their work. Ming is assisting in her families’ ceramic workshop and restaurant. Evan is working at the CLAS Centro de Salud de Quinua, a public health post.