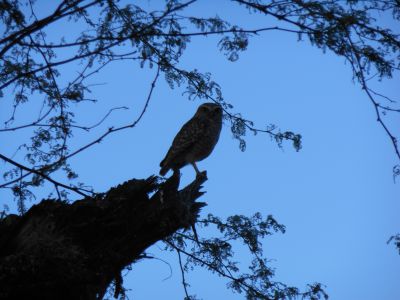 As directors of the Peru Study Service Term, we are halfway through our two-year assignment.  The month of August provided an opportunity to renew our spirits as well as our visas.

In early August we joined members of RETO International Mennonite Brethren Community Church on a mission trip to the Peruvian rain forest.  We traveled by overnight bus to Chiclayo on the northern coast, then by another overnight bus to Bagua in the Andes mountains, then finally by helicopter to the remote village of Tampe.  The national oil company,PetroPeru, offered us the services of a helicopter to help transport the doctors and medicines we brought along with us to a region of the jungle that is still inaccessible by road.

The people of Tampe are proud members of the Awajun tribe (often translated as Aguaruna in Spanish).  Their ancestors have fished, hunted, farmed and thrived in this part of the rain forest for centuries, perhaps millenia. The climate is sunny, the rivers are wide and life flows at a slow, relaxed pace. 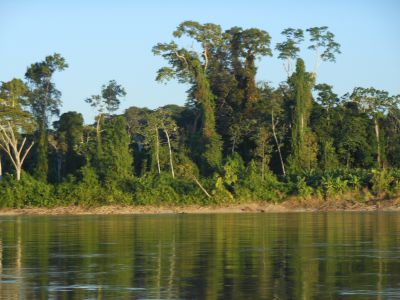 Changes are beginning to take place, however, as teens leave Tampe to attend secondary school two hours away and modern technology is introduced — the village now has a satellite pay phone and several diesel generators to produce electricity.  The traditional life is becoming untenable as the forests are depleted of game and the rivers contaminated by illegal mining operations upstream.  We were advised not to enter the water due to health concerns and, reluctantly, abstained from what is one of our favorite activities: swimming!

Our team focused on health, teaching and friendship.  Jane’s brother, Paul (a pediatrician from Hawaii), a second physician, a  medical student and a former pharmacist did medical consultations from 9 to 5 each day.  Jane translated for her brother from Spanish to English, while community members helped translate from Spanish to Awajun.  Members of Paul’s Church, Calvary Chapel of Lihue, donated funds to purchase eight boxes of medicines.  The medical team treated a variety of illnesses and infections, and even performed a surgery to repair the tendon of a young boy who was cut by a machete while playing with friends in a field behind his house. 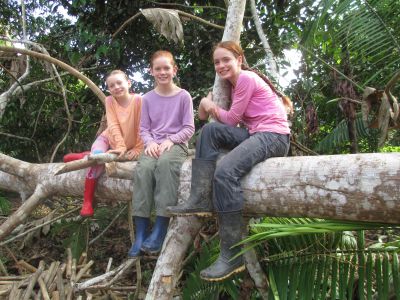 Jane told a story to the gathered community each morning, adapting the Godly Play method of  recounting Bible stories followed by “wondering questions”.  Jerrell, Sierra, Naomi, Teresa and Jordan acted out key elements of each story, playing characters from the Good Shepherd, the Good Samaritan and the Pearl of Great Price.  Jerrell preached one evening on Jesus’s command to “Love Our Enemies.”  We sang hymns in English and Spanish and clapped along when the lyrics were in Awajun.  And Sierra, Teresa and Naomi played their violins — a first in the village of Tampe.

We made friends with many people, from the children who were on vacation from school that week to the elders who traveled by boat or on foot for several days to reach Tampe from their homes up the river.  Sierra, Naomi and Teresa brought along enough colored string to make 60 bracelets and the Awajun children delighted in learning how to weave.  Meanwhile, Jordan shared some of his favorite past-times — playing in the mud and kicking balls with boys his age.  Later, he and Jerrell played soccer on a field the boys mow each week with machetes. 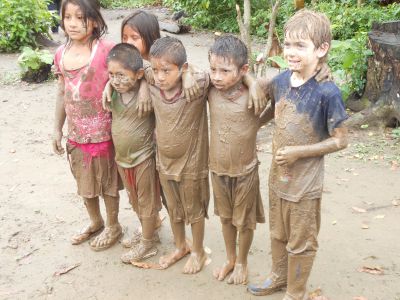 We were inspired by the innocence, camaraderie and warmth of the people we met.  We came to teach, but in actuality we learned as much as we imparted from a people who still knows how to live in community: how to share, work and play together without destroying the earth.  Measured in per capita income, the villagers appear poor.  But if connection to others and respect for life is what counts, they are both rich and generous.

Later in August we departed for Quito, Ecuador.  With no way of obtaining long-term visas, we need to exit Peru periodically and re-enter to complete immigration requirements.  While in Quito we stayed with Mennonite Mission Network workers Cesar and Patricia Moya Urueña, Colombian pastors and educators who have been serving in Ecuador for over a decade.  They opened their home to our family — their three children are currently in North America, two are studying at Goshen College — and we enjoyed stimulating conversations about their work with indigenous church leaders while our children enjoyed bicycling, basketball and free time in their quiet neighborhood. 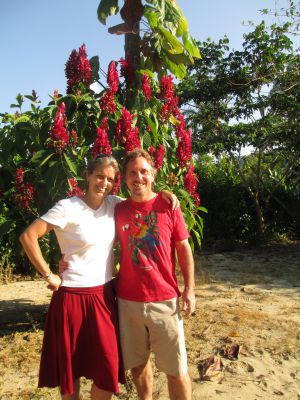 Later we ventured down into the Ecuadorian rain forest to explore the region near Tena and Shell.  We met two indigenous church leaders, Clever and Mateo, and learned about their vision to bring young people from the seven tribes that comprise El Oriente to an indigenous training center at the edge of the jungle.  Their focus on spiritual formation, social empowerment and appropriate technology will, it is hoped, prepare a new generation of leaders to promote the Christian principles of love for neighbor and care for creation while respecting their native cultures and protecting their sense of community.

Our visit to the rain forest gave us a chance to reflect on our time in South America and relax as a family.  We read, swam and played each day and, for fun, tried a new sport:  rafting.  The rivers in this part of the world run cool and clean and adventure seekers from all over the world have begun flocking here to float in rafts or paddle kayaks amidst emerald forests and sunny skies.

Thank God for the sacred gift of creation and the people who for centuries have lived in harmony with it!