Church leaders and participants found the questions beneficial for understanding their Anabaptist-Mennonite faith and practice in a clearer way.

In 1947 missionaries from the Mennonite Board of Missions moved from Dhamtari in Central India to Chandwa in Bihar Province (now Jharkhand) to found Bihar Mennonite Mission. The mission established several churches in the region, but growth was moderate until a devastating famine in the late 1960s. Bihar Mennonite Mission responded by serving free meals, and membership correspondingly grew from 450 in 1962 to around 700 in 1967. The church became independent in 1972 and changed its name to Bihar Mennonite Mandli (BMM). The denomination faced an aging leadership throughout the 1980s, but an influx of new leaders in the 1990s and efforts to develop leadership training for pastors has brought new life to the church. Today the majority of BMM churches are located in rural areas and smaller villages in the Jharkhand province. Evangelism continues as a central focus of BMM. 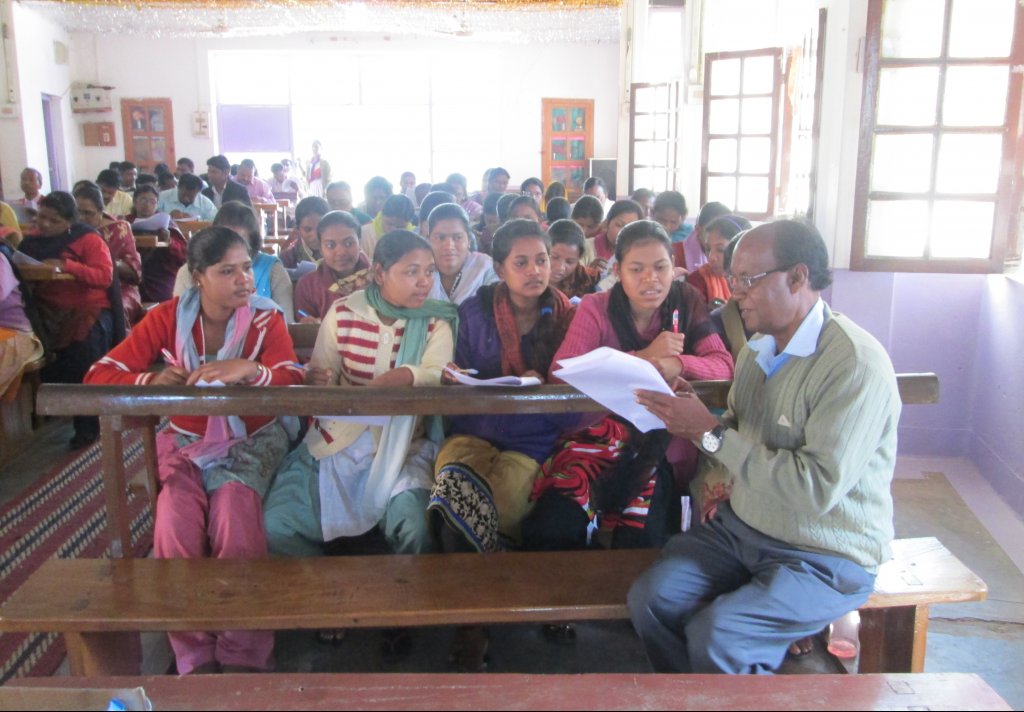 Many church members did not understand Hindi well enough to easily follow the survey. The theological questions were particularly difficult for those with a basic education level to follow.

The origins of the Gereja Injili di Tanah Jawa can be found in both indigenous and Dutch mission movements. Pieter Jansz and wife Wilhelmina Frederica Schmilau arrived in Java in 1851, as mission workers from the Netherlands. A few years later indigenous mystic and evangelist Tunggul Wulung converted to Christianity. While he occasionally partnered with the Dutch Mennonite mission, he remained independent of the mission itself and was openly critical of its approach. Tunggul Wulung developed a large following and founded a number of Christian villages, where believers could live removed from threats of persecution and colonial oversight. Following his death in 1885, many of his 2,000 followers joined the Dutch Mennonite mission churches, increasing their numbers significantly.

The church became independent in 1940 and faced many challenges as Indonesia transitioned from a Dutch colony to an independent nation, including rising levels of violence. At the same time strong church leadership in the post-independence years helped to rebuild relationships and strengthen international networks, and the GITJ saw significant growth in the 1960s and

1970s. Yet dependency resulting from nearly eighty years as a mission church undermined many denominational efforts, leading to a church split in 1996. Following major reconciliation efforts, the two synods were reunited in 1998. Today one of the challenges the church faces is decreasing tolerance from their majority Muslim neighbors.

The congregations of GITJ are very scattered geographically and separated by large distances. To help deal with these challenges, the Research Associate requested assistance from local pastors and limited the sample size to 28 congregations.

Seeing the results of my congregation affirmed my understanding of the church I grew up in, and made me appreciate more the beautiful values we sharetogether. It also made me see the challenges we are facing, and the bigger work ahead of us as we continue to grow as the body of Christ in the Philippines.

In 1987 MNI entered a period of conflict following Sacapaño’s death, leading to a split. The Integrated Mennonite Churches emerged from this split in 1991 with a commitment to Anabaptist teaching. IMC’s membership peaked in the 1990s with 3,000 members, but conflict in the following decade led to significant decline; recent reconciliation efforts have led some former members to rejoin IMC. Today the majority of IMC congregations are located in the northern provinces of Luzon Island.

The mountainous terrain of Luzon Island made reaching congregations very difficult. Some congregations were not able to participate in the survey because of inaccessibility during the research period. Communication was further hampered by lack of cell phone service in the more remote areas.

When the first Mennonite Brethren missionaries arrived in Telugu in 1899, they began working among the Dalits or “untouchables.” Foreign missionaries were primarily responsible for operating the extensive mission compounds and their related schools and hospitals, while the majority of evangelism was carried out local Bible women, evangelists, and village pastors. In 1924 Kalwakurthy Home Mission was founded and directed by Indian missionaries, working in 34 villages over the course of the mission’s history. Many of these local preachers were Dalits, just like the communities they visited.

Amidst changing government attitudes towards foreign missionaries in India, the CMBC became independent from the mission in 1958. The denomination maintains evangelism as a priority, but also sustains a development organization, hospital, archives and historical commission, and numerous secondary schools. In addition, the denomination founded its own theological school, the Mennonite Brethren Centenary Bible College in Shamshabad, in 1989. Today the college offers multiple degree programs and sustains the Center for Peace and Conflict Resolution Studies. Students from across India and even neighboring countries are attracted to the center for studies in reconciliation and forgiveness.

Since their role as Bible women in the early years, women have continued as active leaders in the denomination. The Women’s Conference has been a significant force for evangelism within the denomination since 1958. The church constitution was adapted to allow for women’s leadership in 2007, and the first twenty-five women were ordained for ministry.