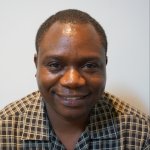 The Global Anabaptist Profile helped us to come up with a real picture of our church and learn what is happening in churches around the world. It has helped us to establish new relationships.

In 1983, a group led by Pastor Sani Selemani Chibwana held regular prayer meetings in Ndirande Township, Blantyre. Selemani Chibwana obtained the address of the BIC church in Zimbabwe (Ibandla Labazalwane kuKristu eZimbabwe) and wrote to them, inviting Zimbabwean church leaders to “come over and help us.” The next year the church in Zimbabwe sent Reverends Philemon M. Khumalo and Bhekithemba Dube and their spouses to visit the community in Malawi for the first time. By 1986 the church was registered with the state and counted nearly 500 members. The church in Zimbabwe continued to send teams to Malawi for short visits to teach doctrine and church policies and to perform baptisms.

The first Malawian ordained for ministry was Ephraim Disi, who also became the denomination’s first president. By the late 1990s, the church had organized itself into eight regions and begun missionary outreach to Mozambique. Members are active in evangelism efforts, and the church has developed ministries responding to the challenges of poverty and HIV/AIDS.

We were welcomed warm-heartedly in each and every home that hosted us in all the churches we visited for the GAP survey. 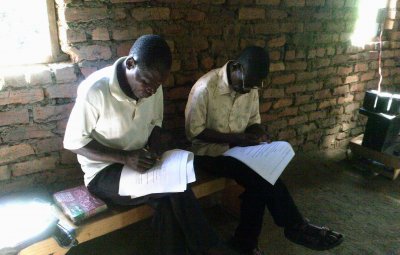 Illiteracy posed a significant challenge, as it was difficult for the Research Associate to verbally administer the survey and collect responses from each illiterate church member.

This process encourages members to look deep into their own faith and what they believe.

The first Brethren in Christ missionaries arrived in southern Africa in 1898 and were granted a large portion of AmaNdebele land by Cecil Rhodes, a relationship that often associated the missionaries and their methods with colonialism. Mission stations in Matopo, Mtshabezi, and Wanezi functioned as educational and medical centers, as well as bases for Ndebele evangelists to travel out into surrounding regions. In addition to an extensive primary and secondary school system that served children, a Bible school was established in 1948 to train church leaders. The Bible school continues today as Ekuphileni Bible Institute.

The denomination became independent from the mission in 1964, and national church leaders assumed positions as overseers, trustees, and bishops. In the period surrounding national independence in 1980, many in the denomination were targeted because of their Ndebele ethnicity and visible church engagement. The stories of church leaders refusing to fight back and persevering in church work continue to influence the church’s peace witness today. Church planting has remained central to the church’s mission, and the denomination has helped establish churches in both London and Malawi. The church in Zimbabwe also maintains strong connections with young people who have left for opportunities in the United Kingdom and South Africa. 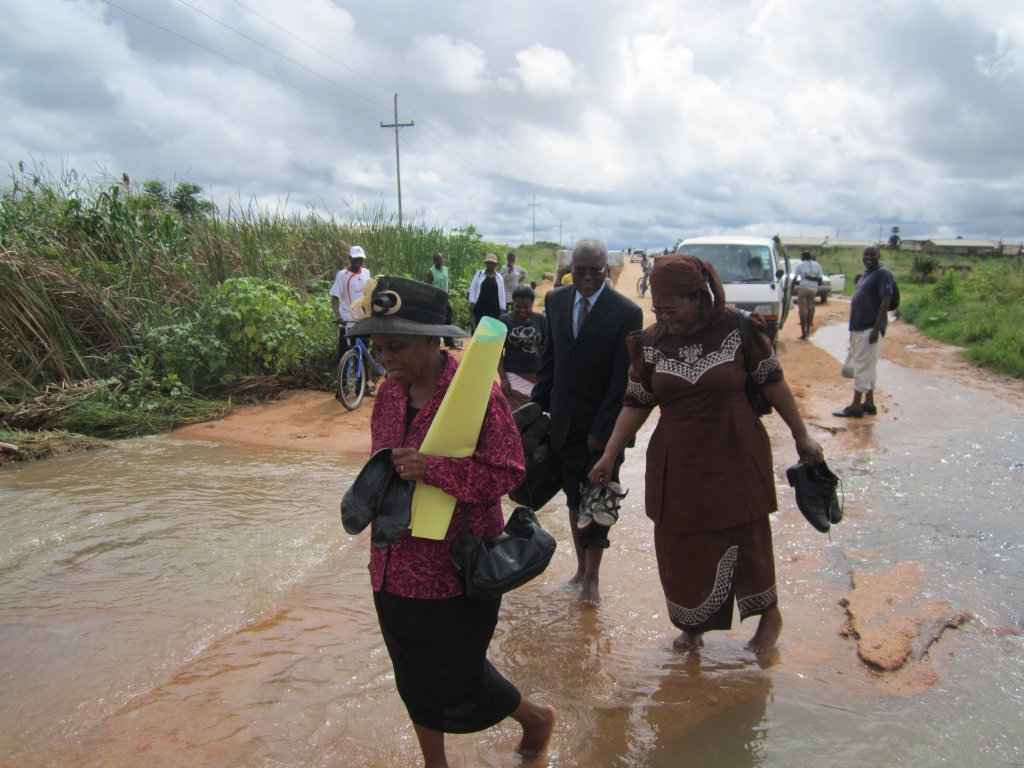 We were struck by the hospitality of the church members who received us. They welcomed us into their homes and shared their meals. We spent no money on food and lodging.

The Communauté Mennonite au Congo traces its origins to 1911, when the first North American missionaries associated with the Congo Inland Mission arrived in Congo, during the period of Belgian rule. Missionaries oversaw eight mission stations, which were centers for education and health ministries, while Congolese catechists and translators were primarily responsible for evangelism and church planting beyond the confines of the mission stations.

Rising frustration with the colonial system led to revolution and national independence in 1960. Under pressure from authorities and fearing for their safety, Mennonite missionaries left Congo within a span of two weeks following independence on June 30. Although many in the church felt abandoned, it proved to be a formative period in developing Congolese leadership, as church members assumed new responsibilities. Even after the missionaries returned, Congolese leaders continued to make decisions collaboratively with North American colleagues. The Communauté Mennonite au Congo became fully independent in 1971.

Church expansion from the rural areas into the cities followed independence, leading to greater contact with Pentecostal and traditional renewal movements. Throughout these changes church planting and evangelism have remained central.

During our time consulting at Elizabethtown College we found that Mennonites worldwide have almost the same belief and practice despite some differences. 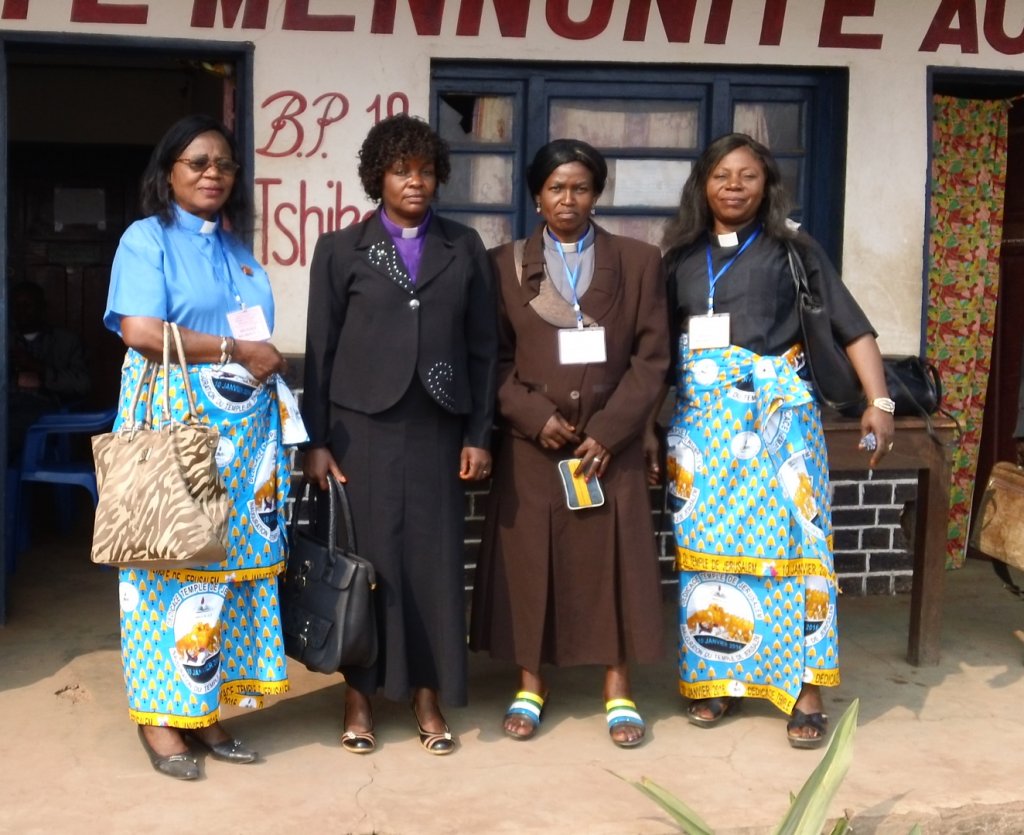 Even though the majority of members in Communauté Mennonite au Congo are women, they were underrepresented in the survey, due to illiteracy challenges. Most of CMC’s congregations are rural, including 40 that are quite remote. Reaching these congregations to implement the survey was difficult, even when traveling by motorbike.

I think this is a good project for the church, to help us take stock of our direction and for obeying God’s call.

Grace Community Church in South Africa was founded in 1987 by David and Nellie Makaleni, Fani Norgawana, and a number of others who left the Apostolic Faith Mission. The church was located in Philipstown, an economically depressed area that is heavily dependent on sheep ranching. Whites own the majority of the ranches, while the workers are primarily black Africans. The church’s early ministry focused on reaching workers on the sheep farms, and many of the early evangelists were farm workers.

Sixteen months after its founding, Graham Cyster, a Mennonite from Cape Town, ordained the Makalenis for official ministry. Grace Community Church has since expanded beyond Philipstown to neighboring towns such as De Aar, Colesburg, and Hanover.

Farm workers were not readily available on weekends, when the survey was implemented.

The Meserete Kristos Church traces its roots to the work of North American Mennonite missionaries, who first arrived in Ethiopia in 1945 to establish hospitals, schools, and churches. Growth in the early years was rather slow, until 1974, when the Communist regime known as the Derg took power. As religious restrictions in the country increased, the church went into hiding. In 1982, the government seized the church’s administrative offices, property, and bank accounts. That same year, MKC’s 5,000 members started meeting in small groups for worship and study, often at night. These home-based groups, initially limited to no more than five people, began to grow and divide.

In 1994, after the fall of the Socialist regime, Meserete Kristos members gathered in a stadium to publicly congregate for the first time in twenty years, bringing in a total of 50,000 people. That same year Meserete Kristos College was founded to help train ministers and church leaders for the denomination. The church’s focus on leadership training, evangelism, and church planting has led to sustained growth over the last twenty years.

A general presidential election and a major leadership transition within the MKC slowed down implementation of the survey and made reaching rural congregations even more difficult. Data entry also required more volunteers than the denomination had originally anticipated.

This work was both an evangelism campaign and a missionary work. The time of worship [before the survey] prepared hearts for the survey.

Nobody hurried up to go back home. God was at work. After the message of scripture in some places people converted and came to Jesus Christ.

In 1920 Aaron and Ernestina Janzen resigned from their work with Congo Inland Mission to start an independent Mennonite Brethren mission in what is now Bandundu province. In 1924 they moved south to Kafumba, which became the main center of the Mennonite Brethren mission until 1964. Early missionary work included agricultural, health, and educational activities—wholistic emphases that have continued in the church to the present day. Congolese catechists, evangelists, and pastors simultaneously carried out the early evangelism and translation work.

When Zaire became independent in 1960, the resulting rebellion led to the evacuation of North American missionaries and significant trials for Congolese church leaders, who faced threats and harassment from the revolutionary forces. The denomination became independent from the North American mission in 1971. Today the CEFMC counts churches in Kinshasa and in the Kivu, Lower Kongo, Equator, and Kasai provinces, among others. Evangelism remains a central focus not just for the denomination as a whole, but also for individual congregations and members. Church-planting has even led the denomination across the border into Angola. CEFMC also runs a Department of Health and Development that supports development projects in an effort to minister to the whole person. 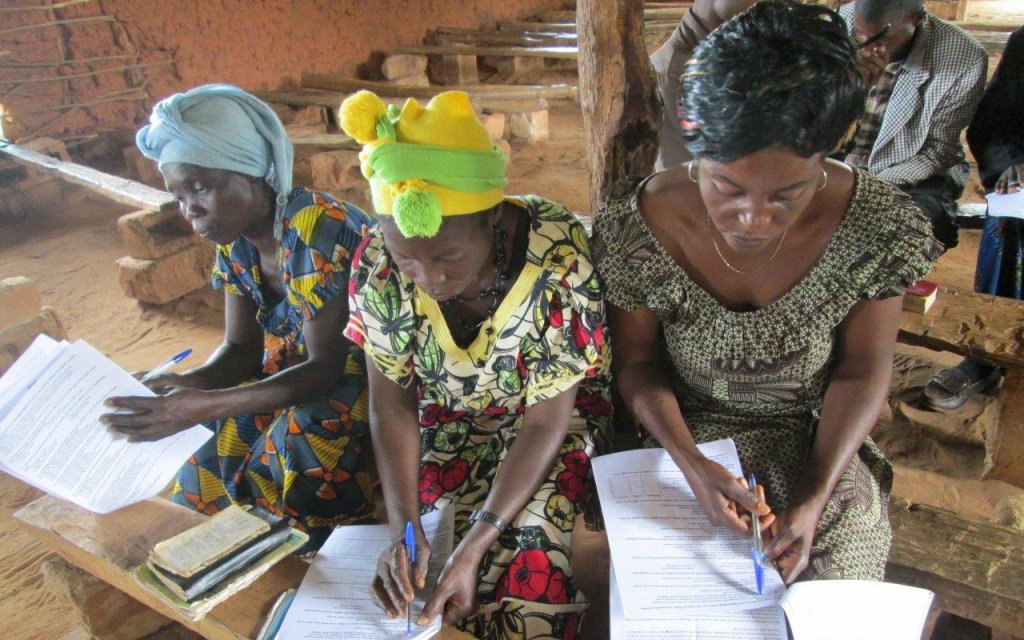 Some people were fearful that their answers in the interviews might not please church leaders. After they were shown letters of support signed by the leaders, however, they felt free to speak their mind.