Implemented among 24 member groups of Mennonite World Conference (MWC), the survey was completed by 18,299 individuals representing 403 congregations on five continents.

The ISGA plans to publish a full-length report near the end of 2016, featuring individual conference profiles as well as composite analysis of all participating groups.

The conclusions of the GAP identify certain areas of significant commonality within the global church, as well as highlighting major differences.

Overall, the survey found that the differences between the churches of the “Global North” (North America and Europe) and those in the “Global South” (Latin America, Africa, and Asia) are more important than differences related to denominational affiliation.

Enjoy the following sneak preview of the profile of the Convention of the Mennonite Evangelical Churches of Nicaragua, one of the groups that participated in the GAP. A more in-depth look at the GAP’s findings will be published in the October issue of MWC’s Courier. 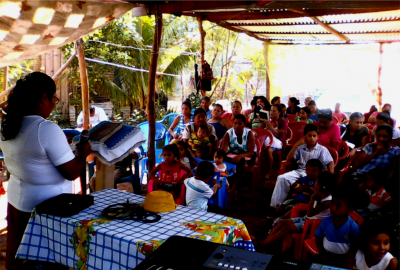 The average size of congregations in CIEMN is 45 members.

Of those who participated in the GAP, 70 percent were women and 30 percent were men–this is the highest percentage of women of any GAP church in North or Latin America.

Fifty-three percent of members is 43 years and 59 percent of women are within childbearing age (18-45 years).

Only 30 percent grew up in a home where one or both parents was a member of a congregation in CIEMN.

Seventy-one percent of respondents were baptized in a congregation of CIEMN. 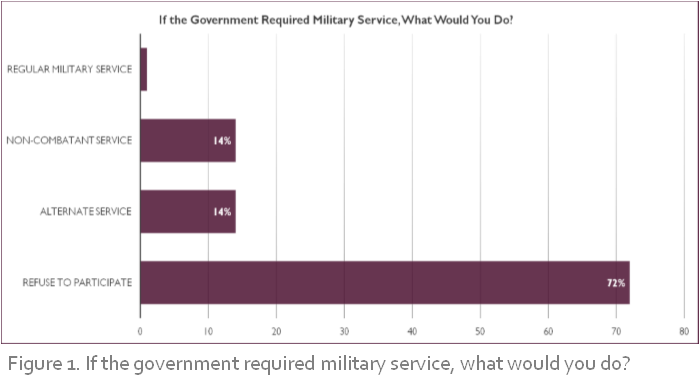 In 1983 the new Sandinista government in Nicaragua imposed mandatory military service for the first time in Nicaragua’s history. It took us by surprise. Neither the church nor its leaders nor its young people were ready to face this new challenge.

The young people were taken against their will and obliged to serve their military service because the government did not offer alternative service.

For us as a peace church it was a very difficult situation. Some of our young people died under these circumstances and others were taken to prison; still others fled the country, leaving behind their families, possessions, studies, etc. Three church conferences petitioned government for conscientious objector status, but the government ignored us.

Our convictions are very strong on this point. War has been so devastating [to our country]. Our young people don’t want to be a part of this.