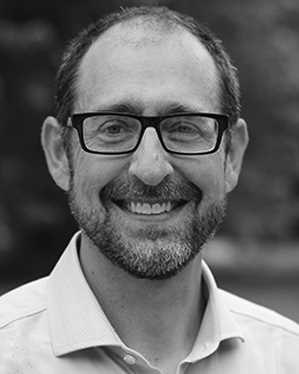 Scott Hochstetler, DMA, is Professor of Music at Goshen College, where he teaches and conducts in the choral, vocal and opera/musical theater areas. He is also the musical director of Camerata Singers, an area professional choir. Previous appointments include Western Mennonite School (OR), the University of Michigan – Flint, and Corban College (OR).

Dr. Hochstetler is a diverse conductor, having successfully led church, school, college, and community ensembles, and worked with singers from novice to professional. Under his direction, the Goshen College Men’s Chorus performed to acclaim at the ACDA regional convention in March 2012. Hochstetler is an active guest clinician, and has led groups on tours throughout the USA and Canada. He most recently served as guest conductor for the 2020 District 2A Circle the State with Song middle school choir, and he served as guest conductor for the 2016 Mennonite Schools Council Choir Festival in Iowa, where he led over 400 high school students from 13 schools throughout the US and Canada. He also guest-conducted the 2014 Southwestern Michigan College Choral Boot Camp and the MSVMA Men’s Choral Invitational in Berrien Springs, MI, and he has helped prepare local high school singers for the Indiana All-State Choir since 2009. Hochstetler is the founder and music director for the annual Goshen College Low Voice Festival. He has also prepared choruses for performances with the symphony orchestras of Ft. Wayne, Toledo, Lansing and Detroit, including the Verdi Requiem with the Ft. Wayne Philharmonic in 2015.

In May 2015, Hochstetler appeared with the Goshen College Chamber Choir on NPR’s A Prairie Home Companion. In  2015-16, Hochstetler and the Chamber Choir appeared in concert with Bobby McFerrin and famed Norwegian baritone Njål Sparbo. In 2010, Hochstetler was chosen as the second director in the 40-year history of Camerata Singers, the premier chamber choir in Northern Indiana. In commemoration of Camerata’s 40th anniversary in 2014, Hochstetler led the Goshen College Chamber Choir and Camerata in a performance of Tallis’s 40-part Spem in Alium. In the 2016-17 season, Hochstetler conducted Rachmaninoff’s All-Night Vigil with the GC Chamber Choir and Camerata with Grammy-winning basso profundo, Glenn Miller, and in 2016, he conducted the GC Orchestra and combined choirs in the US collegiate premiere of Larry Nickel’s Requiem for Peace. Hochstetler conducted the world premiere of Bruce Trinkley’s Mennonite Songs with poetry by Julia Kasdorf in fall 2017.

In the areas of opera and musical theater, Hochstetler has served as music director and/or conductor for numerous productions including Orfeo ed Euridice, The Pirates of Penzance, Godspell 2012, Le Nozze di Figaro, Dido and Aeneas, Old Maid and the Thief, Urinetown, Utopia Limited, Trial by Jury and The Music Man. Hochstetler serves as music director of the annual Goshen College Musical Theatre Camp.

As a baritone, Dr. Hochstetler has performed opera and oratorio roles and given recitals in Indiana, Michigan, Ohio and Oregon. He performed as baritone soloist in Fauré’s Requiem with the Toledo Symphony and Goshen College choirs under the baton of Vance George. Most recently, he sang the baritone solos for the Brahms Requiem and Beethoven’s 9th Symphony, both with the Goshen College Orchestra and Choirs. Hochstetler has also performed as soloist with the Lansing Symphony, Michigan State University Chorale and the Goshen College Chamber Choir and has sung in choirs under major conductors including Vance George, Helmut Rilling, Nicholas Kramer, Robert King, Gustav Meier, Dennis Keene and Moses Hogan. In fall 2016, he performed as Melchior in Amahl and the Night Visitors and presented a recital of Dichterliebe and The Songs of Travel in spring 2017. A passionate vocal pedagogue, Hochstetler’s voice students have consistently placed highly in vocal competitions, including winners of the 2019, 2016 and 2013 Indiana NATS competition and runners-up of the 2019, 2017 and 2014 competitions. Hochstetler’s former voice students have earned advanced degree in voice from schools such as Bowling Green State University, Ball State University and Yale University. Two of his former students, Josh Liechty and Caleb Liechty, together with their sister Bekah, won NBC’s The Voice in December 2021 as the folk trio Girl Named Tom.

As a scholar, Hochstetler’s interests are choral diction and peace-themed choral masterworks. The Choral Journal has published  his work on Vaughan Williams and federalism, and he is also the co-author of Translations and Annotations of Choral Repertoire, Volume II: German Texts, IPA pronunciation guide, published by earthsongs, with a second book on French and Italian diction in process.

In addition to teaching in the music department, Hochstetler led three consecutive Study Service Terms in Peru during the 2018-19 school year. Together with his wife Rachel Hostetler and local coordinators, he helped administer a program serving 49 students. Along with studying culture and language and living with families in Lima for the first six weeks, the students performed voluntary service in the provinces for the final six weeks. Hochstetler helped place two students for the first time in service locations with Sinfonia por El Perú, a social change music program started by Peruvian tenor Juan Diego Florez in 2009 and modeled after Venezuela’s El Sistema.

Hochstetler holds a DMA in choral conducting from Michigan State University, a double MM in conducting and voice from the University of Michigan, an MAT in education from Western Oregon University, and a BA in music and biology from Goshen College. He has studied conducting with David Rayl, Sandra Snow, Jonathan Reed, Jerry Blackstone, Theodore Morrison and Kenneth Kiesler, and he has studied voice with Leslie Guinn, Stephen Lusmann, Doyle Preheim, Richard Fracker, and Anthony Frisell.

Dr. Hochstetler lives in Goshen, Indiana with his wife Rachel and two children, Leah and Aaron. In his spare time, he enjoys cooking Thai food and riding his bike on the Pumpkinvine Trail.

Conducting I and II

Assisted and did supervised and unsupervised teaching in advanced conducting class for undergraduate music education majors. Taught private conducting to graduate students in collaborative piano. Assistant conductor for Chorale, the premier mixed choir, and State Singers, a select undergraduate mixed choir. Conducted both in rehearsals and performances. Taught Vocal Techniques and Conducting and conducted a chamber choir for the 2006 MSU Choral Camp.

Assistant conductor for University Choir, a select undergraduate choir, and Women’s Glee Club. Conducted both in performances and rehearsals. Chorusmaster for University of Michigan Opera Theatre. Directed auditions and recruitment for the productions of Mozart’s The Magic Flute and Floyd’s Susannah (Music Director, Kenneth Kiesler). Conducted in rehearsals.

Directed middle school and high school programs which included five choirs (two touring choirs) and two bands, involving over 80% of student body. Directed Spring Musical, Trial by Jury, and served as vocal coach for Godspell, The Music Man, and The Sound of Music. Implemented a voice studio into Western Mennonite School’s program. Private students performed with distinction at district and state solo/ensemble competitions. A cappella choir performed with distinction at district and state competitions (1st place at 2A State Championships in 2005 and runner–up in 2004, 2003, and 2002). High School Band placed third in its first appearance at the district festival. Led choir tours to Canada, California, Washington, Idaho, Montana, Pennsylvania, Indiana, Virginia, and Washington D.C.

Circle the State with Song: Goshen College, Goshen IN

Conducted 2A Area Junior High School singers (around 200) in rehearsal and performance in annual festival that takes place around the state of Indiana.

Helped recruit and prepare 13 singers from St. Joseph Valley Camerata for participation in the Festival Choir for a performance of Mahler’s 2nd Symphony commemorating the symphony’s 50th anniversary.

Worked with advanced choir in preparation for state qualifying festival.

Worked with the Canby High School Men’s Choir under direction of Brooks Gingerich for a joint concert on choir tour.

Judged voice students in a variety of categories for the annual student competition of the Indiana chapter of the National Association of Teachers of Singing. My GC students participated, one earning a runner-up finish in the college junior year men’s category.

Worked with Concert Choir (advanced junior/senior choir) in preparation for

Worked with 3 choirs at Northridge HS in prep for state qualifying performance. Women’s and Mixed choirs advanced to state.

Worked with 4 choirs in preparation for district festivals.

Worked with 2 choirs and attended musical.

Performed for and worked with two choirs at Iowa Mennonite School (Kalona, IA).

Promoted for, recruited for, and then taught at first annual MT camp in both morning and evening sessions.

Recruited volunteer singers from area Mennonite churches and chose and led hymns for a workshop and worship service in recognition and celebration of the ongoing reconciliation efforts between Lutherans and Mennonites.

Led ~500 students from Mennonite high schools from US and Canada in rehearsals and performance.

Goshen College: Goshen, IN and Ft. Wayne, IN

Helped prepare Goshen College choirs for performances of Verdi’s Requiem with the Ft. Wayne Philharmonic in Goshen and Ft. Wayne.

The Open Fifths (Goshen, IN)

Worked with area men’s a cappella group, The Open Fifths.

Worked with advanced mixed choir and women’s choir, helping the women to qualify for the state choir competition in Indianapolis.

Worked with various choirs from EMHS.

Worked with advanced choir, helping them win back-to-back berths to the state choir competition in Indianapolis and top ten finishes in 2015 and 2016.

Worked with advanced choir, helping them earn multiple top ten finishes, and men’s choir, who has finished among the top treble/men’s choirs in the state.

Spoke to Music Senior Seminar Class on preparation for and achieving success in graduate school.

Guest narrator for children’s concert on Britten’s “Young person’s guide to the orchestra” and “The Story of Celeste.”

Conducted select choir for a recording through Associated Mennonite Biblical Seminary of sung prayers from “Our Moments and Our Days” (an Anabaptist Prayer Book).

Led masterclass with voice students of Trey Jacobs as they prepared for solo/ensemble festival.

Song of the Lakes: Davison, MI

Led vocal coaching session with Song of the Lakes, a chapter of Sweet Adelines.

Conducted a two-day choral clinic for the adult church choir.

Presented a song leader workshop that taught the basics of congregational hymn leading.

Presented a workshop entitled, “Becoming Familiar With the Unfamiliar,” that explored the worship resources of Hymnal: A Worship Book.

Served as Bass Section Leader for Choir of Men and Boys. Sang solos and led bass section during weekly rehearsals and services.

Wrote recommendation and served on promotion committee for Anna Kurtz Kuk, a colleague from the theater department.

Help advise the SST director along with other committee members on all issues related to the study abroad program at Goshen College.

Helped review applicants, select finalists, interview final candidates, andrecommend a candidate of choice for the one-year voice/choral position. Had follow-up orientation meetings with the candidate for his year at GC.

Helped decide a slate of candidates in fall 2014 for ICDA leadership positions.

Served with Prof. Bev Lapp in fall 2010 on a committee focusing on music dept assessment of students. Revamped the jury forms we use as a department.

Graduate Conducting Representative for College of Music Student Advisory Board. Helped bring student concerns to administration and offered suggestions to better the college.

Sound in the Lands (Conference on Mennonite Music)

National Association of Teachers of Singing

The Dark Fiddler, A VILLAGE ROMEO AND JULIET, University of Michigan Opera Workshop

Willamette Master Chorus (Salem, OR),  Britten: Rejoice in the Lamb (2004)

Pirates of Penzance, Gilbert and Sullivan (2018)

Procession Winding Around Me, Van (2017)