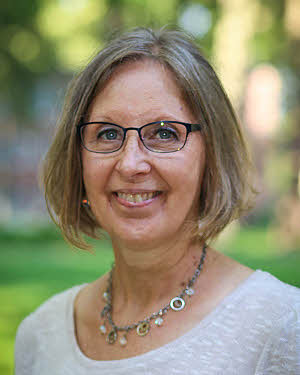 DEVOTIONAL:
In Sunday School long ago, I remember creating construction paper palm leaves to illustrate this text. Another Palm Sunday, I might have acted as a palm waver in the church’s Passion Play performance; one young voice among many shouting the familiar line, “Hosanna, blessed is he who comes in the name of the Lord!” Known as Christ’s triumphal entry, Jesus’ popularity hit a new high in the polls. This became the focus of the passage in the previous times I’ve read it.

But this time I noticed a different theme. John’s telling of the same story in John 12, references a Scripture from Zechariah 9:9 where this event was prophesied many years earlier. It all came together and Scripture was fulfilled, as participants in the story willingly obeyed what they were asked to do. Jesus, knowing all things and what needed to happen, obeys the Father’s plan by setting the stage. Two disciples of Jesus follow his detailed instructions to find a donkey and bring it to him, even though they may be questioned for their actions, and the only answer they can give is that “the Lord needs it.” The donkey’s owners allow the creature to be taken. An unpredictable donkey consents to be led away and ridden by Jesus. Only Jesus knew how everything was fitting together into a bigger plan.

How often am I asked to obey the Lord without knowing all the details or how it will finally turn out? If it doesn’t make sense now, will I risk my credibility, by obeying anyway? I might be tempted to tweak things a bit to gain my own advantage. What if the disciples had determined that a horse was a better choice for Jesus than a donkey and decided to surprise him with the upgrade? Even though Jesus knew his time was short and knew the suffering that was ahead for him, he obeyed the Father and stuck with the plan. When I realize my obedience may require suffering, will I continue to move ahead? Yet, if Jesus is asking something from me then he “has need of” me, and it is my privilege to serve him.

PRAYER:
Lord, help me to obey you gladly and willingly, and thank you for being my example by humbling yourself to obey all that the Father asked you to do.

After he had said this, he went on ahead, going up to Jerusalem. 29When he had come near Bethphage and Bethany, at the place called the Mount of Olives, he sent two of the disciples, 30saying, “Go into the village ahead of you, and as you enter it you will find tied there a colt that has never been ridden. Untie it and bring it here. 31If anyone asks you, ‘Why are you untying it?’ just say this, ‘The Lord needs it.’” 32So those who were sent departed and found it as he had told them. 33As they were untying the colt, its owners asked them, “Why are you untying the colt?” 34They said, “The Lord needs it.” 35Then they brought it to Jesus; and after throwing their cloaks on the colt, they set Jesus on it. 36As he rode along, people kept spreading their cloaks on the road. 37As he was now approaching the path down from the Mount of Olives, the whole multitude of the disciples began to praise God joyfully with a loud voice for all the deeds of power that they had seen, 38saying, “Blessed is the king who comes in the name of the Lord! Peace in heaven, and glory in the highest heaven!” 39Some of the Pharisees in the crowd said to him, “Teacher, order your disciples to stop.” 40He answered, “I tell you, if these were silent, the stones would shout out.”