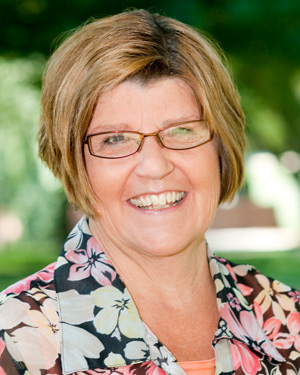 DEVOTIONAL:
Once when I arrived at the airport in Washington, D.C., to attend a professional conference, I had plenty of time and decided to get to my hotel via the city transit system. I had been to this conference many times and felt confident that I could navigate my way around. So, I asked which bus I should take to get to the Fairmont Hotel and as I boarded I was pleased that I had chosen this route because I could save the extra cost of a cab or a shuttle.

I continued to ride for about 45 minutes as people got on and off the bus, and we made numerous stops along the way. It seemed to me that we were traveling further away from the center of the city, and so I decided to ask the driver if this was the bus to the Fairmont Hotel. He informed me that I needed to get off at the next stop and take the next bus that stopped there. I continued to ride a variety of buses taking directions from the drivers about which bus would get me to my destination. After about four hours I was beginning to get weary and concerned that I was not going to reach my destination.

I found myself standing on an unfamiliar street corner in Washington, D.C., and I began to fear that I wasn’t going to find my destination. I decided to ask the lady standing next to me if this bus would take me to the Fairmont Hotel. She took one look at me and said “follow me.” We walked almost out to the middle of the street, she waived down a cab and aggressively told the cab driver, “Take this lady directly to the front of the Fairmont Hotel and do not leave until she is safely inside.” I thanked her and asked her if could give her some money for helping me. She looked at me and said, “Honey, I am an angel sent from God, now go on your way.” Ten minutes later, I arrived at the front door of the hotel.

Often on this journey of life, we try to find our own way. Many times we just cannot find it, and neither the transit nor the streets get us to our destination. The blessings of being in a relationship with God are always there but we think we have to figure it out on our own and that we know the way. And occasionally in these situations, God sends an angel to set us on the right path or give us direction in our despair and suffering. As we begin to experience a right relationship with God we can experience the peace, joy and hope like “water” in our spiritual quest for growth. May this Lenten season provide you the destination that is filled with these blessings from God!

Therefore, since we are justified by faith, we have peace with God through our Lord Jesus Christ, 2through whom we have obtained access to this grace in which we stand; and we boast in our hope of sharing the glory of God. 3And not only that, but we also boast in our sufferings, knowing that suffering produces endurance, 4and endurance produces character, and character produces hope, 5and hope does not disappoint us, because God’s love has been poured into our hearts through the Holy Spirit that has been given to us.

6For while we were still weak, at the right time Christ died for the ungodly. 7Indeed, rarely will anyone die for a righteous person—though perhaps for a good person someone might actually dare to die. 8But God proves his love for us in that while we still were sinners Christ died for us. 9Much more surely then, now that we have been justified by his blood, will we be saved through him from the wrath of God. 10For if while we were enemies, we were reconciled to God through the death of his Son, much more surely, having been reconciled, will we be saved by his life. 11But more than that, we even boast in God through our Lord Jesus Christ, through whom we have now received reconciliation.