Support our students and connect with us on Giving Tuesday. Give now!
Advent & Lenten Devotions  —  2021 Lent  —  A Polite Interest in Jesus
Share Tweet Email 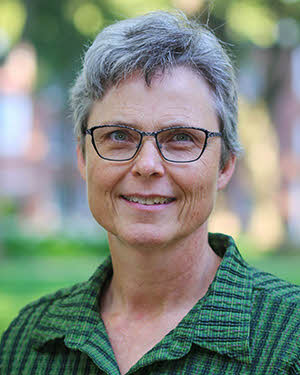 “Sir, we wish to see Jesus.” Some Greeks are in Jerusalem at the time of the Passover Festival, and they attempt to make a reservation through one of their contacts.

These words, uttered by some of the Bible’s most minor characters, grab me. I am struck by the extreme politeness of this band of tourists. One pictures them with a copy of Fodor’s Guide to Jerusalem under one arm, and their query sounds like it came straight out of an Aramaic phrasebook.

John 12 drips with irony. It is as if an out-of-touch tour group “wished to see” Miami Beach and arrived on the verge of a category 5 hurricane. Little do the curious Greeks know that they will indeed have the opportunity to “see Jesus.” In a few short days, they can see all of him, stripped of his clothes, hanging on a cross in torment.

I identify with this story. I, too, wish to see Jesus. I sincerely do. But not the Jesus who is about to be buried in the ground like a pound of seed corn. Not the Jesus whose idea of successfully completing his mission is a violent beating followed by slow suffocation on a cross. I have abandoned many a novel midstream because their stories were too raw, their pain too intense for my serotonin levels. Without a faith community and force of habit, I would duck out on Lent, too.

This passage pushes us to go deeper than a polite interest in Jesus – or a polite interest in the sufferings of our contemporary world. We can complain that we cannot bear to look, that this overpriced show was not what we bought a ticket for and we are justified in retiring to the best bunker we can afford. Or, we can open ourselves to the depth of human suffering – others’ and our own – and take to heart this quote from Michael Battle, a California priest:

“God, by taking human nature upon God’s self – living in poverty and dying in shame and torment – has earned the right to ask us to hold on a little longer until morning comes…until resurrection.”

Now among those who went up to worship at the festival were some Greeks. 21They came to Philip, who was from Bethsaida in Galilee, and said to him, “Sir, we wish to see Jesus.” 22Philip went and told Andrew; then Andrew and Philip went and told Jesus. 23Jesus answered them, “The hour has come for the Son of Man to be glorified. 24Very truly, I tell you, unless a grain of wheat falls into the earth and dies, it remains just a single grain; but if it dies, it bears much fruit. 25Those who love their life lose it, and those who hate their life in this world will keep it for eternal life. 26Whoever serves me must follow me, and where I am, there will my servant be also. Whoever serves me, the Father will honor.

27“Now my soul is troubled. And what should I say—‘Father, save me from this hour’? No, it is for this reason that I have come to this hour. 28Father, glorify your name.” Then a voice came from heaven, “I have glorified it, and I will glorify it again.” 29The crowd standing there heard it and said that it was thunder. Others said, “An angel has spoken to him.” 30Jesus answered, “This voice has come for your sake, not for mine. 31Now is the judgment of this world; now the ruler of this world will be driven out. 32And I, when I am lifted up from the earth, will draw all people to myself.” 33He said this to indicate the kind of death he was to die.