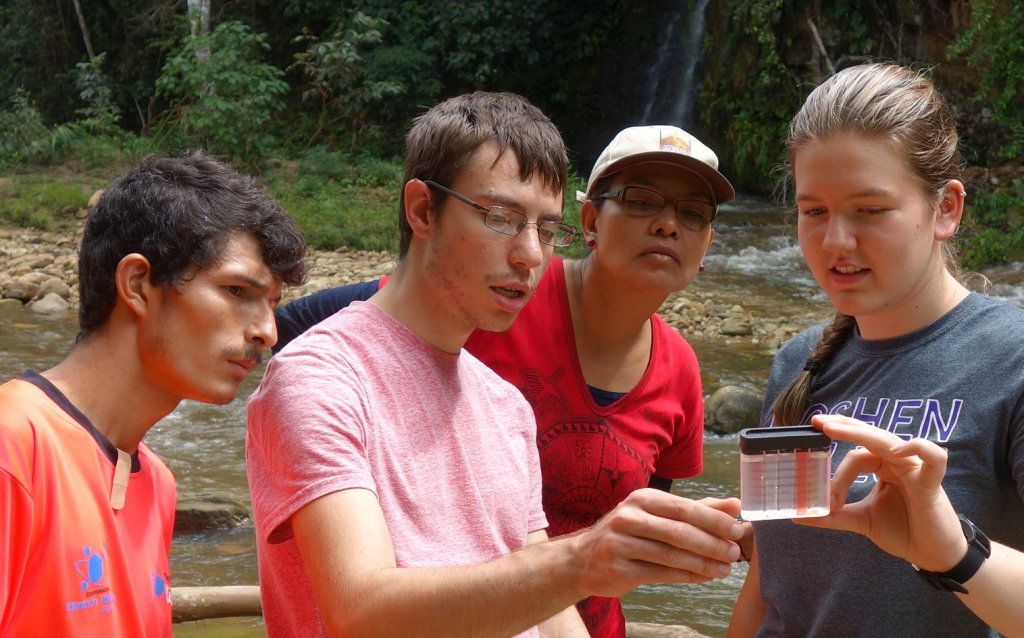 San Roque, where Anja and Austin are doing their service, is most notable for its size; whereas Arequipa and Ayacucho are major cities of several hundred thousand people, San Roque’s population is a mere 800.  Another significant difference is altitude; rather than being in the high Andes Mountains, it sits down in the hot, humid lush Amazon basin; there are more shades of green than you can count.

After a 45-minute taxi ride from the airport in Tarapoto to the village of San Roque, the two students met Maria and Doug upon arrival.  While part of their service project involves occasionally working on the farms of their host families, the two physics majors are also working on a project to assess water quality in local streams.  Because the many coffee farms in the area produce organic waste that, upon decaying, acidifies water runoff, Anja and Austin are measuring the pH of area streams.  The water project, as well as some work with local ecotourism projects, are supervised by Rodrigo, an ecotourism tour coordinator.