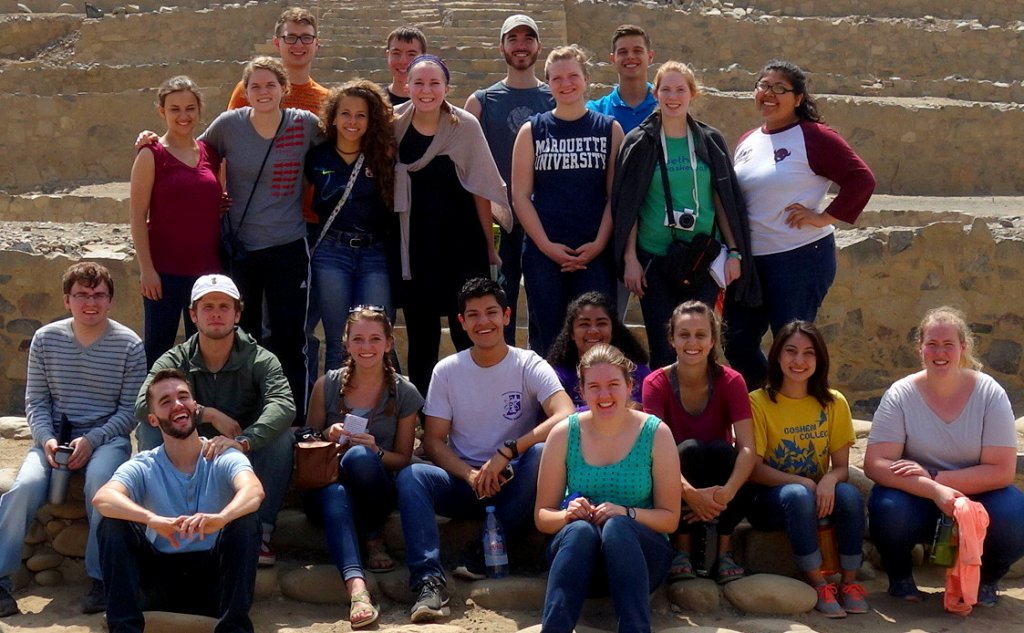 Before heading out of new Caral to see the ruins of the 5,000-year-old Caral, we walked to the health center to learn about medical care in small towns (pop. 1,200) like this.  Because of the limited services the health post could offer, an ambulance is on hand to transport patients to a hospital in a larger city about an hour away.

At the Caral ruins we learned that the reason the students had not learned about Caral in middle school, when they learned about the contemporary earliest civilizations in Mesopotamia and Egypt, is because it was only about 20 years ago that carbon-dating revealed that these ruins, long-known but mostly ignored, were much older than previously imagined.  What allowed a civilization to begin in a place that appears initially to be a desolate desert coast were two factors: irrigation from a river with year-round water from the Andes, and fish protein that come from communities on the nearby coast that benefited from nets made from cotton grown in the irrigated valley and the high fish population off Peru’s coast.