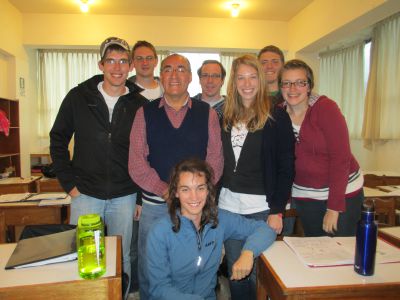 Each student came to South America with some understanding of Spanish.  They studied it in high school or college and some even grew up speaking Spanish in their homes.  But the Spanish spoken in Peru, called Castellano, is distinct from that spoken in other parts of Latin America.  The vocabulary is often different; for example, the word for avocado is palta.  And there is an emphasis on speaking correctly, even cunningly.  After all, Castellano is directly descended from the Spanish nobility.  The students are divided into three groups depending on their competency and each afternoon they learn, or re-learn, how to conjugate verbs, use direct and indirect objects, pronounce correctly, comprehend what is being said and practice making themselves understood.  Our three instructors — Moises, Yakeline and Luz — have decades of experience teaching Castellano to foreigners.  They are patient, creative and enjoy working with students who are focused on serving others as well as self-development. 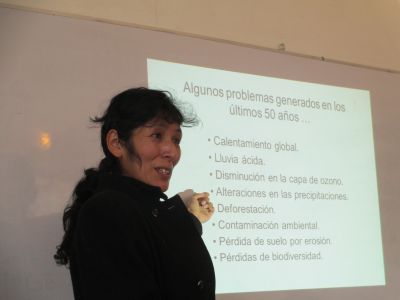 Besides learning Spanish in the classroom, most of the lectures and workshops each morning are in Castellano.  The speaker pauses after several minutes to allow time for a brief translation, usually a summary of what she or he has said that focuses on the most difficult to understand aspects of the topic.  Gladys Allende Ramos, a professor at San Antonio de Abad National University of Cusco, gave a presentation on “Climate Change,” focusing on the impacts of a warming planet on life here in the Andes.  Cirilo Aguilar works at the Cusco office of the Ministry of Women and Vulnerable Populations.  His interactive workshop on “Violence Against Women” taught us how machismo, authoritarianism and other aspects of Peruvian culture result in domestic violence.  Willy Vargas Musqupa, a retired biology professor, gave a talk entitled “Inca Entomological Iconography,” showing us images of insects depicted on pottery and textiles that reveal how much the Inca people knew about the natural world.  And Pastor Roberto Mosquera Nina, recently elected President of the Evangelical Mennonite Church of Peru, shared his testimony, a touching story about a young boy trapped in poverty and superstition who was introduced to Christ by Mennonite missionaries in his early twenties. 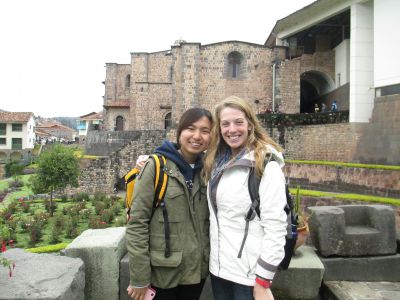 On a field trip to downtown Cusco we toured the famous Koricancha, or Golden Courtyard, a temple in Inca times that was converted into a monastery by the Dominican Order of the Roman Catholic Church after the Spanish arrived.  The stonework is impressive and one wonders what the place must have looked like with the walls covered in gold.  Francisco Pizarro and his band of about 200 conquistadores removed all the precious metals used to decorate the temple and melted it down to ship back to Europe.  Underneath Koricancha is a museum we toured that taught us more about Wiracocha, the creator God worshiped by the Inca elite as well as many pre-Inca cultures, and its rivalry with the cult of Inti, the sun.  The museum has an interesting collection of relics, including pottery, tools and, to our surprise, several mummies crouched in the fetal position as if preparing themselves to be re-born into the next world.