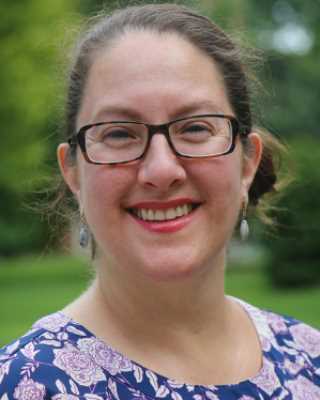 Julia started at Goshen College in Fall 2019. She teaches history courses centered on reading, discussion, and research about Latin America, Asian Americas, and world and transnational studies. She also teaches general education and writing courses. Her experience includes teaching English Composition, Expository Writing, and Advanced Creative Writing: Fiction. She has attended workshops at the Iowa Summer Writing Festival and elsewhere and these experiences inform her teaching. She previously taught at Antioch College, Sarah Lawrence College, Williams College, and the University of Texas at El Paso.
Julia writes nonfiction and fiction. She won a Southwestern Ohio Council for Higher Education Excellence in Research Award at Antioch College in 2018. She is the author of Chinese Mexicans: Transpacific Migration and the Search for a Homeland, 1910-1960 (North Carolina, 2012). Julia’s short fiction appears in The Florida Review.  An excerpt from her historical novel manuscript, Across the Pacific—about the personal consequences of a vicious anti-Chinese crusade in Mexico—appears in The Hopper and was recently nominated for Best of the Net Anthology. An excerpt from A Sensible Man, a historical romance novel, appears in The Coachella Review Blog.
See her website.

“Writing Across Genres: Chinese-Mexican Ties and Chinese Expulsion from Mexico in Nonfiction and Fiction.” Paper/session given at the Historical Writers of America Annual Conference. Colonial Williamsburg, Virginia, 10-13 October 2019.