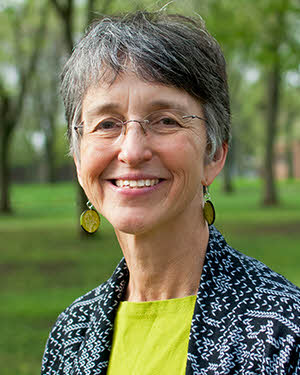 My new project is a book manuscript entitled “Claiming Civic Virtue: Gendered Network Memory in the Mara Region, Tanzania.” I was in Tanzania fall 2010 for the initial research, interviewing over 90 elderly women in the Mara Region. I will also draw on over fifteen years of work in the region. It is under contract with Wisconsin University Press.

I am also in the process of creating the Mara Cultural Heritage Digital Library, using the Greenstone platform. This will make primary sources from my research in the Mara Region including audio, video, text and visual available to people in the region as well as scholars anywhere in the world.

My dissertation research was on oral tradition, social identity and landscape memory in the western Serengeti, Tanzania.  http://www.archive.org/details/landscapesofmemo00shet  Later publications on the Mara region deal with memory, the social theory of space and environmental history. Research connected to a Fulbright-Hays grant “Studying Peace in Eastern Africa” allowed me to look at social network theory and peace in North Mara, Tanzania and Harar, Ethiopia (Muslim-Christian relations). My current project is about gendered memory.

GC Seminar: Hope for a New World and Social Memory

The Religious History of Africa

Representations in Public History: Native America (on-site course in the Southwest, May term)

“Civil Society Associations as the Root of Intercommunal Peace: The Case of Muslim/Christian Relations in Harar, Ethiopia”and “Building Peaceful Relations between Muslims and Christians:  What Can We Learn from Ethiopian Mennonites?” at the University of Winnipeg and Canadian Mennonite University, Menno Simons College International Development Studies and Conflict Resolution Studies program, October 2017.

Invited speaker for the “Undocumented Stories: Writing Africa and the Americas across the Disciplines” workshop at Columbia University in NYC on November 11, 2016 to discuss a chapter from my manuscript.

“Gendering the History of Social Memory in the Mara Region, Tanzania, as an Antidote to Tribal History,” on a panel for Gendering Ethnicity in African Women’s Lives, The 16th Berkshire Conference on the History of Women, Toronto, May 24, 2014.

Discussant, chair and review of literature for panel “Women have no Tribe: Why Gendering Ethnicity Matters in the Ongoing Liberation Struggle” and discussant for panel “(Re)Examining Mission and Education: Legacies and Future Directions” at ASA November 2011, Washington DC.

“New Strategies for Teaching the African Past.” Alumni Seminar on African History, Center for African Studies, University of Florida, April 25, 2003

“Some Ideas for Coping with Teaching all of Africa through all of Time in One Semester.” Indiana Consortium for International Programs and the Indiana University African Studies Program, “Teaching About Africa in the New Millennium”, Abe Martin Lodge, Brown County State Park, March 22, 2003

“Giving Back: How Scholars Relate to the People They Study.” Goshen College Convocation, November 2002.

“Learning How to Give and Receive: African Approaches to Rethinking Aid.” Afternoon Sabbatical, Goshen College, February 12, 2002

“Identifying Changes in Intergenerational Relations through Oral Sources: The Western Serengeti Innovation during the Generation of Disasters (1870-1895).” Millennium Conference, University of Dar es Salaam, Department of History and the Historical Association of Tanzania. June 27-29, 2001

“What will the Elders Say?: The Politics of Publishing Oral Sources from the Mara Region, Tanzania.” African Studies Association Meetings, Nashville, November 16, 2000

“The Choosing of the Early German Chiefs and Maps of Local Authority in the Musoma District, Tanzania.” African Studies Association, Columbus, November 14, 1997

“The Emerging Space of Ethnicity: The Disasters of the Late Nineteenth Century in Western Serengeti, Tanzania.” Center for African Studies and Department of History Colloquium, University of Florida, February 12, 1997

“Is There Anything “New” in Precolonial History? Spatial Aspects of Oral Traditions in the Mara Region.” University of Dar es Salaam History Department Seminar, Tanzania, May 23, 1996

Editor, introduction and one chapter: Gendering Ethnicity in African Women’s Lives, University of Wisconsin Press, Women in Africa and the Diaspora series, 2015.

Imagining Serengeti: A History of Landscape Memory in Tanzania from Earliest Times to the Present, Athens: Ohio University Press, May 2007.

“Gendering the History of Social Memory in the Mara Region, Tanzania, as an Antidote to “Tribal” History.” In Gendering Ethnicity in African Women’s Lives, edited by Jan Bender Shetler, University of Wisconsin Press, 2015.

“Building Peaceful Relations between Muslims and Christians: What Can we Learn from Ethiopia?” The Mennonite Quarterly Review, 67, 3 (July 2013): 317-334.

“How then shall we teach a ‘collective alternative imagination’?” Mennonite Life, 58, 1 (March 2003) http://www.bethelks.edu/mennonitelife/2003Mar/shetler.php

“A Gift for Generations to Come: A Kiroba Popular History from Tanzania and Identity as Social Capital in the 1980s.” International Journal of African Historical Studies, Vol. 28, No. 1 (1995): 69-112.

Peoples of the Western Serengeti, a video produced with Goshen College ITS Media, June 2002

C. Henry Smith Peace Lectureship, Goshen College and Bluffton University, 2009 –2010. “What Mennonites Can Learn from Ethiopia and the Meserete Kristos Church about Building Peaceful Relations between Muslims and Christians.” With Dawit Yehualashet at Bluffton and Goshen Colleges, 2010 and Messiah College, 2011.

Choice Outstanding Academic Titles for 2003, for Telling our own Stories: Local Histories from South Mara

The Institute for the Study of Religion and Culture in Africa and the African Diaspora, University of Notre Dame, Fellow 2001-2002

Jan Bender Shetler teaches World History, particularly Africa and the developing world, at Goshen College. Her research is on oral tradition, social identity and landscape memory in the western Serengeti, Tanzania. Before teaching she worked eleven years for Mennonite Central Committee doing community development in Ethiopia, the Congo and Tanzania. Courses such a as Ethnic Conflict, Global Poverty, Environmental History and Women’s History reflect her desire to connect history with issues of current concern.