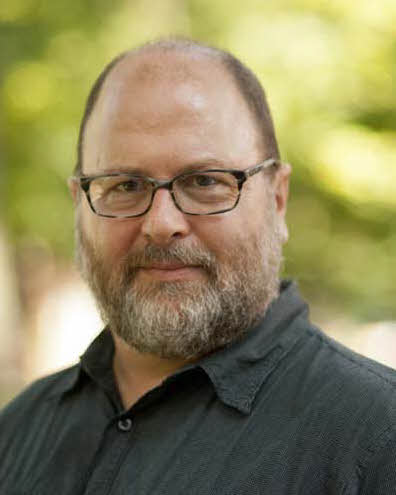 Over the past four years, I’ve been getting more and more involved with Colossian Forum, an organization that describes its mission and vision as follows:

OUR MISSION is to equip [church] leaders to transform messy cultural conflicts into opportunities for spiritual growth and witness.

OUR VISION is a Christian community that acts Christian, especially in the face of conflict.

I love working with them. My first involvement has been leading groups at my church through their 10-session curriculum on LGBT inclusion in the church. Since April 2018, however, I have been part of a group helping Colossian Forum develop a new curriculum on politics.

Seven of my courses this past year were old standards: Dynamics and Theology of Reconciliation; Religion, Conflict, and Peace; War, Peace, and Nonresistance; Authentic Mission; Violence and Nonviolence; and the PJCS Junior and Senior Seminars. I also got to teach a new Perspectives course on Vengeance and Forgiveness.

“The Importance of Working with Scraps: Reconciliation in Difficult Contexts.” Journal of Religion, Conflict, and Peace 4, no. 2 (Spring 2011). http://www.religionconflictpeace.org/editor/importance-working-scraps-reconciliation-difficult-contexts -contexts

“Defining Forgiveness: Some Reflections on David Konstan’s Before Forgiveness.” Journal of Religion, Conflict, and Peace 4, no. 1 (Fall 2010). http://www.religionconflictpeace.org/editor/defining-forgiveness

“The National Anthem Debate at Goshen College.” Journal of Religion, Conflict, and Peace 3, no. 1 (Spring 2010). http://www.religionconflictpeace.org/editor/national-anthem-debate-goshen-college

“Religion and the Environmental Crisis.”  Journal of Religion, Conflict, and Peace 2, no. 1 (Fall 2008). http://www.religionconflictpeace.org/editor/religion-and-environmental-crisis

[With Cecelia Clegg] ‘Moving Beyond Sectarianism:  Religion, Conflict, and Reconciliation in Contemporary Northern Ireland.’  In Toleration and Religious Identity:  The Implications of the Edict of Nantes for France, Britain and Ireland, edited by Ruth Whelan and Carol Baxter, 262-76.  Dublin:  Four Courts Press, 2002.

“Mennonites and Conflict in Northern Ireland, 1970-1996.”  In From the Ground Up:  Mennonite Experiences in Peacebuilding, edited by John Paul Lederach and Cynthia Sampson, 77-96.  New York: Oxford University Press, 2000.

In addition to participating in my congregation, my more general service to the church has been through increased involvement with the Colossian Forum, which I describe in the Current Projects section above.

Michael Sharp was a young Mennonite peace worker in the Congo. He lived around Goshen before going to the Congo and I got to know him a bit, through some personal conversations and having him speak in classes. He was an engaging, likeable person; I really liked his vision for peace work and marked him as someone to keep an eye on as his work developed. Then in late March 2017, I learned that Michael was murdered as he went about the work he did so bravely and creatively in the Congo. A couple days later I wrote the following text on my Facebook page.

Unable to get much work done today, I decided that I might as well write down some of what I was thinking. In deepest gratitude, I write now to honor Michael’s life, his work, his memory. I am among so many grieving his loss.

Day-to-day, Mennonites can be horrible at conflict. Sometimes we can’t handle tension over “issues” like music styles in worship, let alone conflict concerning issues of real substance. If we’re not quite as bad as Irish revolutionaries—Brenda Behan quipped that the first item on the agenda of any new Irish organization was The Split—well, for Mennonites The Split is a “last resort” too easily and too often resorted to.

Right now, we won’t even talk about Mennonites at our worst.

But at our best, we do what Michael Sharp did. Michael was one of our best, and now he’s gone.

Yesterday, March 29, National Public Radio had a brief news report about Michael’s death (http://www.npr.org/sections/goatsandsoda/2017/03/28/521861266/u-n-human-rights-investigators-killed-in-democratic-republic-of-the-congo). Talking about his work with rebel groups in the eastern Congo, a place as dangerous and difficult as any in the world, they quoted Michael saying about his work, “You can always listen.” He was speaking for himself, but he was also speaking for Mennonites at our best, and I was struck immediately by the immense depths, the many layers of practice, wisdom, experience, tradition, and faith, undergirding his simple statement.

“You can always listen.” But why listen? Below are some of the answers that have been coming to mind since I learned of Michael’s death. He was speaking specifically about listening to members of rebel groups, some of whom had no doubt done some gruesome things, but the principle applies in every kind of conflict, from the interpersonal to the international. I didn’t know Michael real well, but I knew him well enough to be certain that some of my answers would have been his answers, too. Others may be just my interpretation of Michael’s life, framed my way, not his. I hope nothing I say contradicts what he stood for.

Because to listen is to offer a gift that can sometimes spark and nurture trust, and no real peace is possible without some level of trust.

Because to listen is to invite a relationship, and the magic of relationships can shift what is blocked, animate what has seemed lifeless.

Because listening well may allow you to be heard.

Because listening is a sacred opportunity.

Because listening is a form of power, available to almost anyone at almost any time.

Because listening is an almost secret form of power, hiding in plain sight, especially available to the less powerful—and all praise to those comparatively few experts and people of rank who also know and practice the power of listening.

Because nothing the person you’re listening to may have done can undo the reality that they are created in the image of God and worthy of being heard.

Because to listen is to honor and respect, potentially opening new possibilities for those who have been shamed, dishonored, disrespected.

Because, although you don’t very often say so out loud, you’re operating out of love, and love longs to hear and know.

Because to listen is to offer grace, and knowing your own reliance on God’s grace, you relish the opportunity to extend grace to others.

Here are some links to things written and said about Michael’s work: