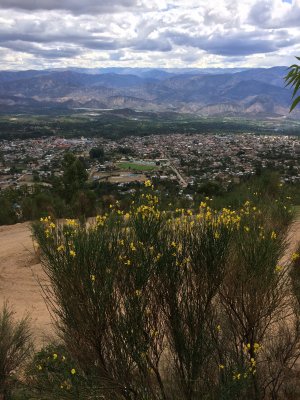 Parker, Emma and Elise are serving in Ayacucho, a region in the south central Andes. The city of Ayacucho, also known as Huamanga, is the capital of the region and is famous for its 33 churches, as well as its elaborate Holy Week celebrations which attract thousands of visitors from across Perú. It is also one of the poorest regions of Perú and was one of the hardest hit by the Shining Path insurgency in the 1980s. Elise and Emma live within the city limits of Ayacucho, and Parker is living about an hour away, in the smaller town of Huanta.

Elise works three days a week at a medical clinic, Centro Médico San Cristóbal, and two days a week at a Christian private school, Colegio Apostol Pablo, where she helps with English classes and assists in a second-grade classroom. Emma is working in a classroom for 3 and 4 year-olds at Centro de Educación Básica Especial ‘San Juan de Dios,’ a public school serving children with multiple disabilities. Parker is helping with computer classes and doing computer repair work at Colegio Johannes Gutenberg, a privately-funded school that works to provide educational opportunities for children in the region who are living in poverty.