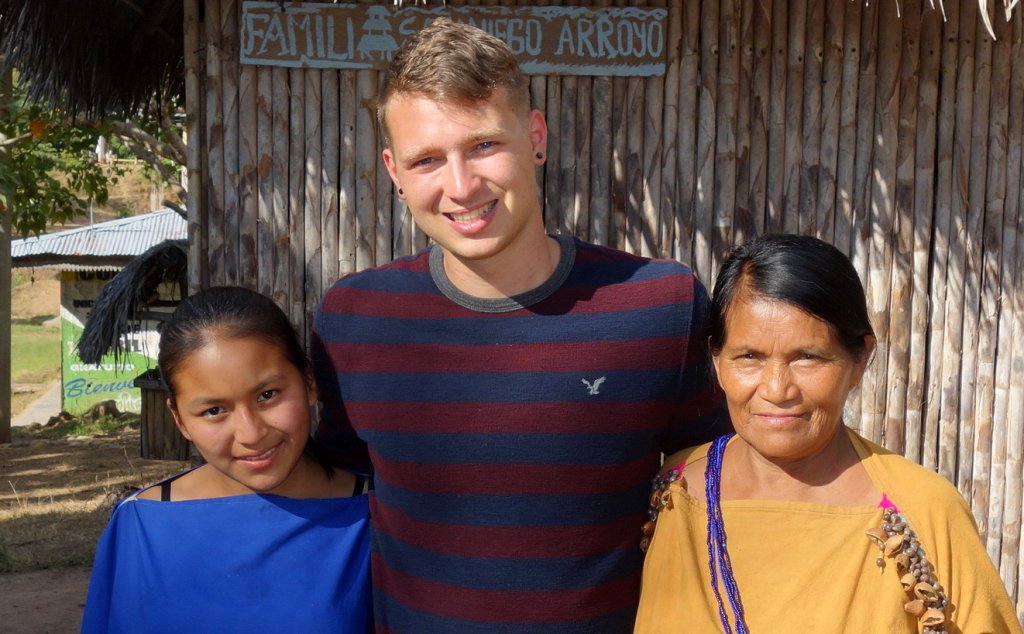 The Amazon region of Peru is home to more than 50 indigenous groups, the largest of which is the Ashaninka people, numbering about 80,000.  Caleb and Christy are living in one of the communities, San Miguel, which welcomes visitors to live with them.   The community is also undergoing a transition.  For example, while a decade ago the inhabitants wore traditional Ashaninka tunics, called cushmas, all the time, now they dress alternately in Western clothing and the cushmas.  Televisions and cell phones are also making their influence felt.

Upon our arrival the community held a special lunch celebration with traditional Ashaninka music, dancing, and a demonstration of Christy and Caleb teaching English to an elementary class.  The two students also occasionally work in their families’ farming plots.  During the rest of the afternoon we got to meet their families, see where the students live, and observe them teaching a high school class.  The day ended with ceremonial drinking of a special beverage, masato, that is prepared for special occasions in a special manner ….. (you’ll have to read the photo caption).