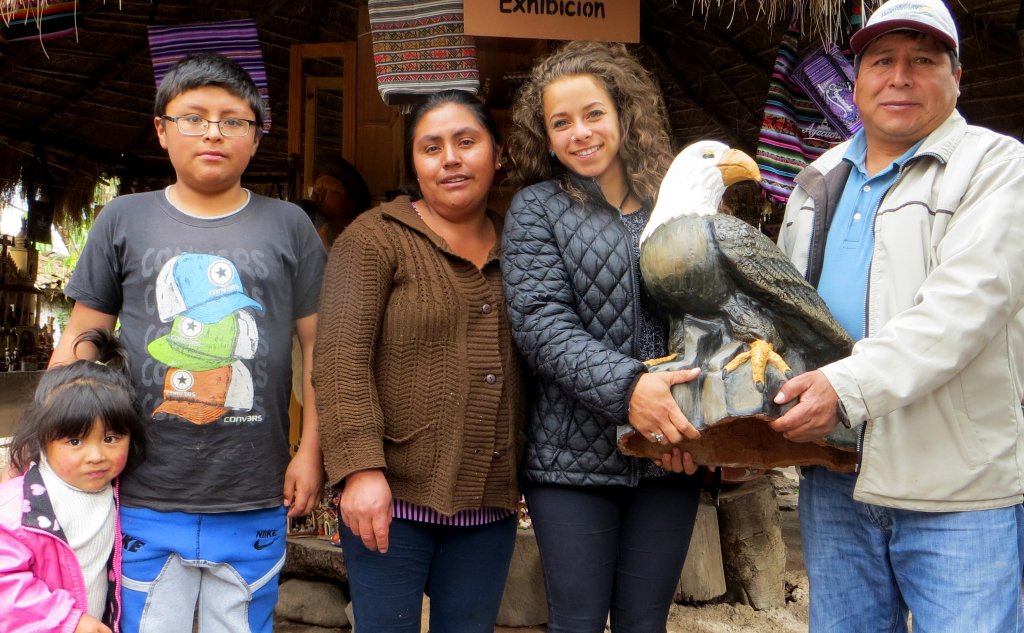 Clara lives a 45-minute drive outside Ayacucho in the small village of Quinua, which has two claims to fame.  It is most famous for having been the site of the 1824 Battle of Ayacucho, where South American forces fighting for independence defeated the Spanish royalist army, resulting in Spain’s withdrawal from South America.

The village is also becoming well-known for its artisan crafts, the livelihood for most of the town’s population.  During the Study portion of SST, when the students visited the Manos Amigas organization of Fair Trade handicrafts (they sell most of their products to Ten Thousand Villages), the artisans that the students visited had come from the village of Quinua.  Clara lives with one of the artisan families, helping in the shop where they sell their artwork.