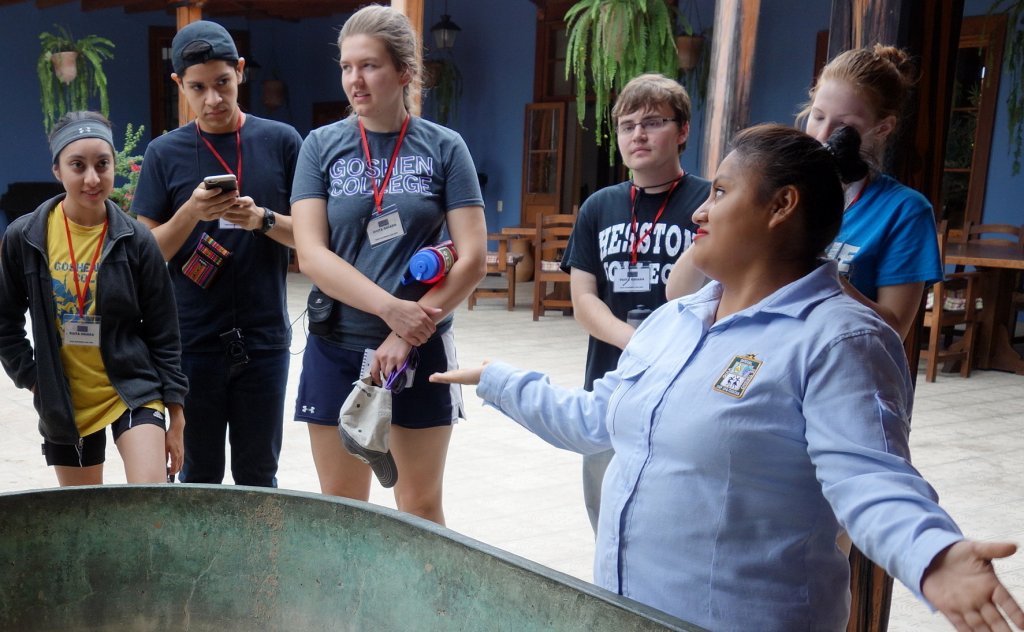 Today was dedicated to learning more about the history and lives of African descendants in Peru.  We made a sad but insightful visit to a former slave plantation that grew sugar cane and later cotton, a crop that is still grown in the fields around El Carmen.  Dating back to 1688, the plantation and its massive hacienda began as a Jesuit monastery which used the local indigenous population as slaves.  Later the plantation changed hands and, as in the U.S., people from Africa were brought as slaves.  The stories of slave treatment, including torture that lead to death, were harrowing.

After lunch Miguel Ambrosio, who had also taught us music and dance yesterday, explained the slow march of history that eventually, with setbacks, ended the practice of slavery.  Later an agrarian reform distributed most of the hacienda’s land to the laborers, the children of the slaves who had once worked the plantation.

This entry is posted on the evening of the students’ last day of their “study” portion of SST in Lima.  Tomorrow morning we leave for a week-long tour to several Incan ruins in the Andes, culminating in a visit to Machu Picchu.  Until the week is over we will not be able to post more blog entries.  Then we will post pictures of tonight’s farewell dinner for the host families, and later several entries from our week of group travels in the Andes.