Our first week of lectures and workshops began with a diverse set of presenters.  Jerrell, who teaches economics when not helping Jane lead the Peru Study Service Term, opened with a presentation on the Peruvian economy.  At first glance Peru seems quite poor when compared to the United States — the average Peruvian earns the equivalent of $5,500, while up north the average income is $48,890.  But prices are much cheaper here; taking this into account would double Peru’s average income by comparison.  And these figures do not take into account the value of the potatoes or corn a farmer produces and feeds to his family.  Nonetheless, the average Peruvian gets by with less income than the average North American.  Things are changing, however, in this emerging economy:  the economy grew by 9% in 2011, compared to only 3% in the US. 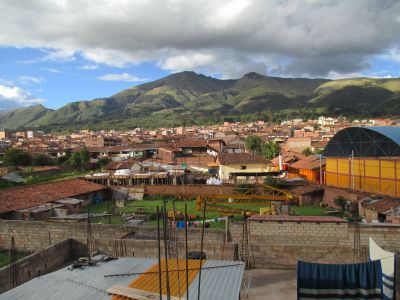 It is interesting to compare Peru to other SST countries — Cambodia, China, Morocco, Nicaragua, Senegal and Tanzania.  Peru’s average income is higher than all of these:  slightly higher than China, twice as high as Morocco, four times higher than Nicaragua and Cambodia and more than five times greater than Senegal and Tanzania.  Not only is Peru wealthier than the other SST countries, its income is distributed less equally than all but China.  The gap between rich and poor is stark here.  Peru’s riches are concentrated among relatively few, most of whom live in the nation’s capital and other cities along the coast.  Given this reality, it is enlightening for the students to spend time in relatively humble places such as Lucre, Huacarpay and Winpillay, a chance to truly experience what life is like on the other side of the world. 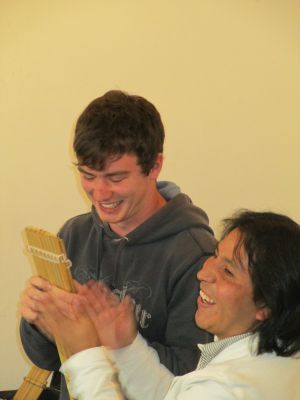 The people who live in this region still play music passed down from their Andean ancestors.  Two gifted musicians, Mauro and Amaru, led our first workshop of the term, an exploration of Andean music.  Mauro Claros Chatas grew up in the Lake Titicaca area near Bolivia; his mother tongue is Aymara. Amaru Megia Suniga grew up near Cusco.  He speaks Spanish with his friends and Quechua with members of the older generation.  Amaru and Mauro taught us about traditional Andean instruments:  the siku, otherwise known as the zampona or pan flute, and the quena, which resembles a flute or, more precisely, a recorder.  Besides a variety of wind instruments, their ancestors also played hand drums made of llama skin.  The music followed a pentatonic scale and was played during festivals, weddings, religious ceremonies and even battles.   String instruments were added when the Spanish arrived in the 16th century .  The two musicians’ enthusiasm was contagious and, after listening to a variety of pieces, they invited us to dance and, later, try playing a siku. 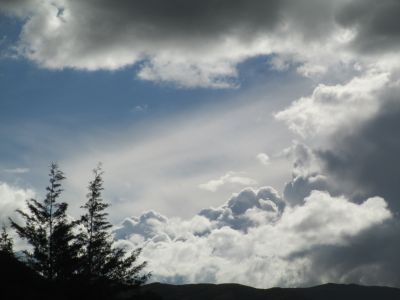 Speaking of enthusiasm, our first lecture of the term was delivered, with humor and ample advice about living, by Juan Carlos Machicado.  Mr. Machicado is a former guide who once led tourists around the famous Machu Picchu ruins.  At some point he began to question the things he was taught by other guides and repeated to his clients, in particular the claim that Incas worshiped the sun, moon and stars.  He began a long-term research project to discover the truth about Andean spirituality.  Mr. Machicado poured over the accounts left by the Spanish chroniclers who accompanied the conquistadors.  He examined the archaeological evidence that dots the landscape.  And he traveled to distant villages to see for himself how and who the Andean people worship.  His conclusion is fairly compelling and remains controversial:  the Incas and those that preceded them were monotheistic, i.e. they worshiped a single creator God known as Wiracocha.  Interestingly, one of the authors we are reading, Don Richardson, comes to a similar conclusion in Eternity in their Hearts. 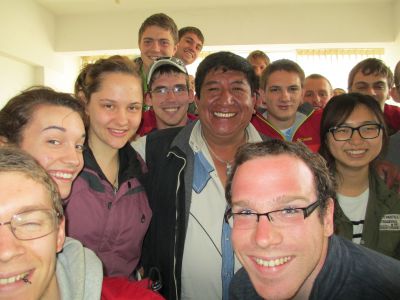 According to Mr Machicado’s theory, the Spanish conquistadors mistook the Inca practice of observing the sun to determine planting and harvesting times, as other cultures did, as worship of the sun.  When they discovered round, golden disks among other objects in temples, the Spanish jumped to the conclusion that the people were polytheistic — they worshiped the moon, stars and other heavenly bodies as well.  According to Mr. Machicado, this false conclusion made it easier to justify enslaving and killing untold millions in their quest for gold and silver to take back with them to Spain.  His theory is complicated, however, by the notion of Andean dualism.  In actuality, Mr. Machicado maintains, Andeans could not fathom a male Wiracocha as our maker without also including his female counterpart, Pachamama, roughly translated as Mother Earth.  Mr. Machicado cites evidence going back 7,000 years that those living in what we now call Peru worshiped a dualistic, male + female, creator God.

Lots to ponder — how interesting for us to lay these ideas alongside others we will be hearing from other lecturers and guides over the weeks to come.