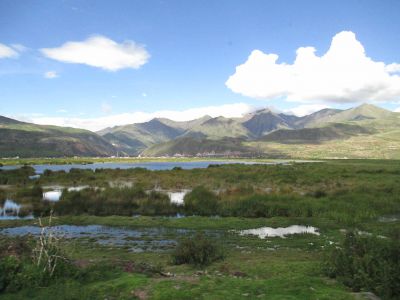 The Andes are spectacular.  With peaks reaching over 20,000 feet and valleys made green by the recent rains, the tallest mountains in the western hemisphere provide a striking backdrop to our study program.  People have called the sierra home for thousands of years.  They have sustained themselves through strong traditions and hard work, learning from their ancestors how and when to plant potatoes, corn and habas (broad beans).  Seasons are marked by planting time and harvest time, by the wet season and the dry season.  Knowledge has been passed down from generation to generation in the form of stories and songs, most of them in the native Quechua language still widely spoken in Peru’s highlands.

The students arrived here refreshed from our time in Lima, eager to experience a place and a people far different from their home communities in North America.  Students are often most ready to experience differences in culture when they first arrive in a new country, fresh and open to whatever comes their way.  This group is no exception. 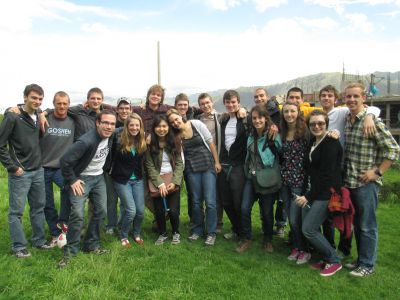 The first thing the students noticed after stepping off the bus to spend the night in the town of San Sebastian was the beauty of these mountains; the view can be captivating.  Next, we noticed the thin air; at 3,399 meters (11,152 feet) above sea level, the air pressure is low and respiratory systems need time to adjust to what feels like less oxygen.  So, we scheduled time for a nap — or a hike up the steep dirt road behind our hostel — depending on how each student was feeling.  Afterward, we sat in a circle in the sunshine and talked about health, safety and showing respect for our host families as well as cultural and religious differences.

The next day began with the telling of a familiar story, a chance to reflect on two realities:  unity, where everything is related and held together by a certain commonality, and separateness, where differences are obvious and important.  The story, adapted from the second chapter of Genesis, helped the students prepare to meet their new host families later that afternoon.  Next, the syllabus and academic program were presented, along with essay assignments for the first week.  Then we enjoyed our last meal together before boarding two buses bound for (1) Winpillay and (2) Huacarpay and Lucre. 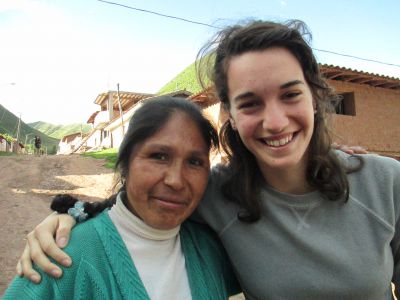 Meanwhile, anxious host families prepared to open their hearts as well as their homes to their new adopted sons and daughters, brothers and sisters.  As the students stepped off the buses and unloaded their luggage, family members began to appear, one by one.  Introductions were made and photos were taken.  Then each student said goodbye to their directors and friends and, bags in hand, marched forward into a new reality.  Or perhaps it is an old, even ancient, reality?  Most likely, each student will experience a unique blending of the modern and the traditional as they settle into home life here in the Andean highlands.