Below is a recent journal entry from Aaron reflecting, as did Caleb, on topics from our field trip to the Atlantic coast.  Tomorrow our group leaves for a three-day field trip to northern Nicaragua, and we’ll be back with more posts next week. 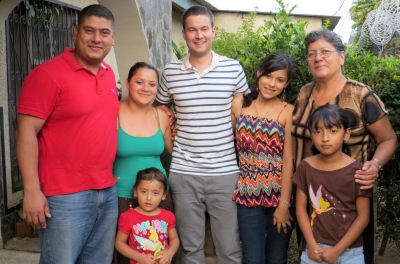 When I first tried to think of an issue of culture or race in the U.S. to compare to the issues here in Nicaragua, I thought of major issues in the U.S.’s past history, such as with the Native Americans, slavery, or the civil rights movement.  While any of these would have worked, I think it is perhaps more relevant and interesting to compare Nicaragua to our own community at Goshen College.  Just as many people in the Atlantic coast don’t feel very included or valued as citizens of Nicaragua, some international students at Goshen don’t feel welcomed or well-integrated into campus life.

In both situations I have noticed that differences between people have a seemingly natural tendency to separate them.  I have also noticed that it takes effort and willingness from both sides to fight that separation.  In Nicaragua, the Spanish culture and the Atlantic coast cultures are naturally separated geographically.  It appears to me that the Atlantic coast is showing the effort to fight the separation, longing to be valued as important citizens of Nicaragua, and the Spanish/Mestizo culture and government is just now starting to see the light.  At Goshen, I think students gravitate toward students they are similar to and can relate to; and therefore, white Mennonites have more white-Mennonite friends, and international students have more international-student friends.

How I think this situation differs from Nicaragua’s is that, in my opinion, neither group of students is making a strong enough effort to fight the separation.  Why are we afraid to integrate more than we do?  I don’t think it’s bad to gravitate towards people we can relate to, but our differences are keeping us from even attempting to relate to the ‘other’ side.  We all need to strive for unity and conquer this ‘difference wall.’

With each case, in Nicaragua and in Goshen, both sides of the ‘difference wall’ have to make a conscious effort to find unity in diversity and value that diversity.