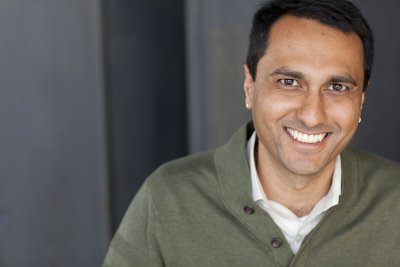 Eboo Patel, an author and former a member of President Obama’s inaugural Advisory Council on Faith-Based Neighborhood Partnerships, will present a Yoder Public Affairs lecture on Thursday, Oct. 26, at 7:30 p.m. in the Goshen College Church-Chapel. This event is free and open to the public.

Patel’s speech is titled “Interfaith Leadership: Engaging Faith and Philosophical Diversity in the 21st Century,” and will be followed by a question-and-answer session.

Patel will be on campus to engage with several classes and student groups, and will also present a convocation speech on Friday, Oct. 27 at 10 a.m., titled “Building a Healthy Religiously Diverse Democracy: Notes for Interfaith Leaders.”

Patel is a leading voice in the movement for interfaith cooperation and the Founder and President of Interfaith Youth Core (IFYC), a national nonprofit working to make interfaith  ooperation a social norm. He is the author of Acts of Faith, Sacred Ground and Interfaith Leadership.

Named by US News & World Report as one of America’s Best Leaders of 2009, Eboo served on President Obama’s Inaugural Faith Council. He is a regular contributor to the public conversation around religion in America and a frequent speaker on the topic of religious pluralism. He holds a doctorate in the sociology of religion from Oxford University, where he studied on a Rhodes scholarship. For over fifteen years, Eboo has worked with governments, social sector organizations, and college and university campuses to help realize a future where religion is a bridge of cooperation rather than a barrier of division.