This month, the 1973 graduate returned to Goshen to display some of those designs and celebrate his fashion roots.

The Eugene Alexander collection is featured in an exhibit in the Goshen College Music Center’s Hershberger Art Gallery from Sept. 24 – Nov. 13, with a reception on Saturday, Oct. 7 from 5:30-7 p.m.

Stutzman grew up learning how to sew on his mother’s sewing machine and has always had an eye for design. This was the foundation that opened the door to the fashion design industry.

Stutzman graduated from Goshen College with an art education degree, and in 1980, along with Alexander, created the fashion label Eugene Alexander. Their Waterlily jacket caught the eye of a Saks Fifth Avenue buyer, who immediately placed an order for $50,000.

It wasn’t long before their designs were purchased by nearly every major department store across the country: Neiman-Marcus, Bloomingdales, Lord & Taylor, Marshall Field’s, Nordstrom and other top retailers in the U.S., Canada, London and Amsterdam.Thus began the 13 year run of the company. 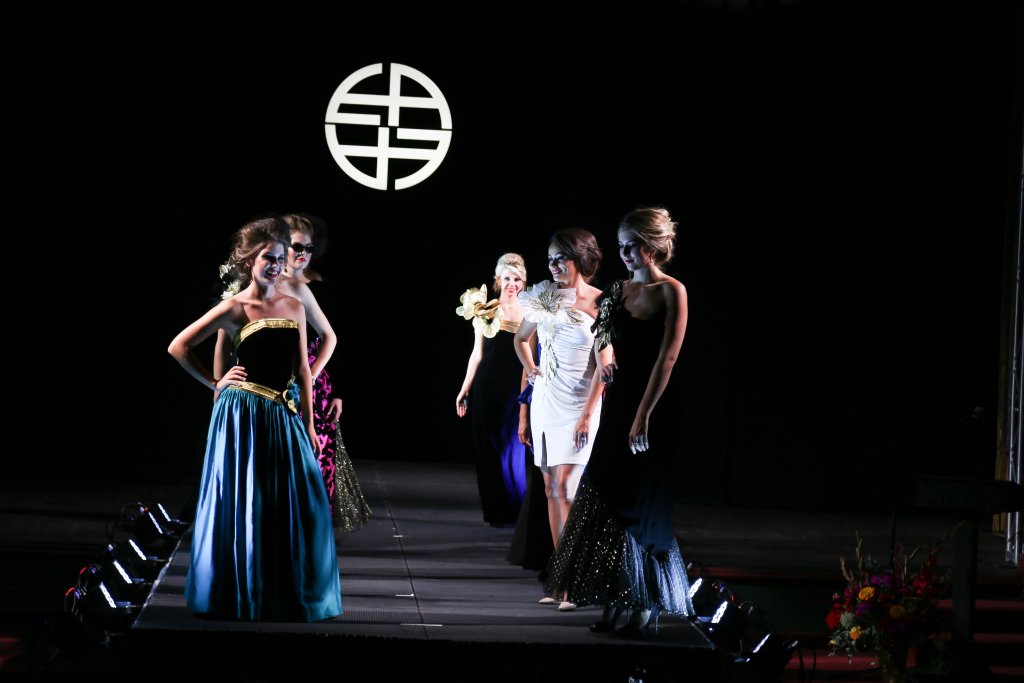 Another GC graduate, Susan Kauffman ’84, is president of the Eugene Alexander Hope Foundation and has worked tirelessly to produce this show. The Eugene Alexander Hope Foundation’s mission is to raise public awareness to the global exploitation of women working in the apparel, accessory and fragrance industries and to promote Fair Trade practices in these industries.

The Eugene Alexander Hope Foundation now has a collection of over 400 dresses which are used to raise funds, through fashion shows, for the social justice causes to which Eugene and Alex were so dedicated.