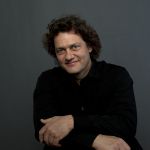 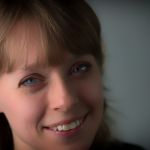 Norwegian bass-baritone Njål Sparbo and violinist Amy Kauffman will perform on May 19 at 7:30 p.m. in the Goshen College Music Center’s Rieth Recital Hall as the final installment of the 2016-17 Rieth Chamber Series.

Sparbo is one of Norway’s most versatile and active singers, with an exceptionally broad repertoire of song, oratorio and opera. He has been awarded the Kirsten Flagstad Prize, the Ingrid Bjoner Prize, the Edvard Grieg Prize and received the Norwegian Government Grant for Artists in 1997-99 and 2005-08.

An advocate of contemporary music performance, Sparbo has sung numerous world premier performances. He is a researcher of psychophysical stage presence and has engagements as associate professor at the Oslo National Academy of the Arts and the Norwegian Academy of Music.

Amy Kauffman studied violin and piano in the Goshen College Preparatory Department and graduated from Indiana University and The Julliard School, where she worked as a teaching assistant to Ronald Copes. She is currently a member of the Metropolitan Opera Orchestra.

Sparbo and Kauffman will be joined by pianists Luke and Mary Rose Norell and other guests to feature magnificent vocal and chamber works by Edvard Grieg and Wolfgang Amadeus Mozart.

This concert is held in partnership with the 2017 Edvard Grieg Society of the Great Lakes Conference at Goshen College.