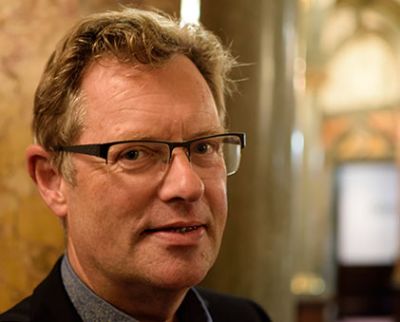 Goshen College’s 17th annual Conference on Science and Religion will be held April 7-9 and will feature speaker Niels Henrik Gregersen, professor of systematic theology at the University of Copenhagen.

The conference’s theme is “Deep Incarnation: From Cosmos to Commitment”

Gregerson will offer two public lectures: “Environmental Ethics” on Friday, April 7 at 7:30 p.m., and “Theologies of Nature” on Saturday, April 8 at 10:30 a.m. Both lectures will take place in Goshen College’s Church-Chapel and are free.

Gregerson will present a third lecture, “Christ and Culture: The Jesus Story and the Cultivation of Commitment,” on Sunday, April 9 at 10 a.m., which is limited to conference registrants.

Gregersen has been a Fellow of the Center of Theological Inquiry, Princeton since 1996, and the J.K. John Russell Fellow at the Center for Theology and the Natural Sciences, Berkeley, October 2004 and 2013. He has received several international research awards, among them a research award of $100,000 from the John Templeton Foundation for his work on the constructive interface between science & religion.

He lectures widely in Europe and the USA, and has been invited to be the main speaker to major conferences in South Africa, China, Japan, South Korea, and Australia. He writes in Danish, English and German, and has been translated into Swedish, French, Dutch, Russian, Romanian, Korean, Japanese, and Chinese.

His list of publications contains more than 500 entries, including 5 books, 2 co-authored books and more than twenty edited volumes. He has published some 150 articles in Nordic, German and English books and journals.

The annual Goshen College Conference on Religion and Science is designed to provide discussion prompted by a leading thinker in the dialogue between religion and science. A single invited speaker presents three lectures, two of which are open to the public. Small, moderated discussion sessions provide conference participants an opportunity to address topics from the lectures in conversation with the speaker.