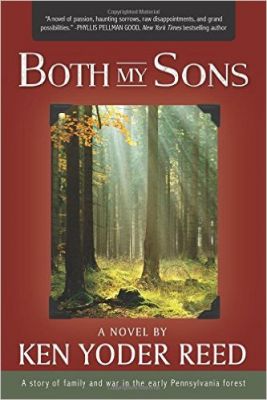 Author Ken Reed of San Jose, California will be performing and speaking at Goshen College’s Newcomer Center on Wednesday, Feb. 22, 2017 at 7:30 p.m.

Reed’s appearance and book signing is part of a four-state author’s tour planned by his publisher.

Reed will be performing a 15-minute dramatic monologue based on the main character of his new historical novel, “Both My Sons.” It tells the story of an immigrant father who wants a peaceful life with his two sons, the older illegitimate one whom he loves and the younger legitimate one that he has never understood. The outbreak of war in the early Pennsylvania forest only complicates things. 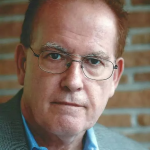 Reed will also speak briefly about the challenges of writing a historical novel. It is the story of Swiss-German refugees who came to America as “boat people.” As many as 30 percent died on the voyage. Those who arrived safely often faced disease and wilderness conditions.

Admission is free. After a time for questions and interactions from the audience, Reed will also be signing his new novel.

Reed grew up in Lebanon County, Pennsylvania, and is a graduate of Lancaster Mennonite School and Eastern Mennonite University. He worked for a while as an editor at Mennonite Publishing House before he moved to California. This is his third novel.