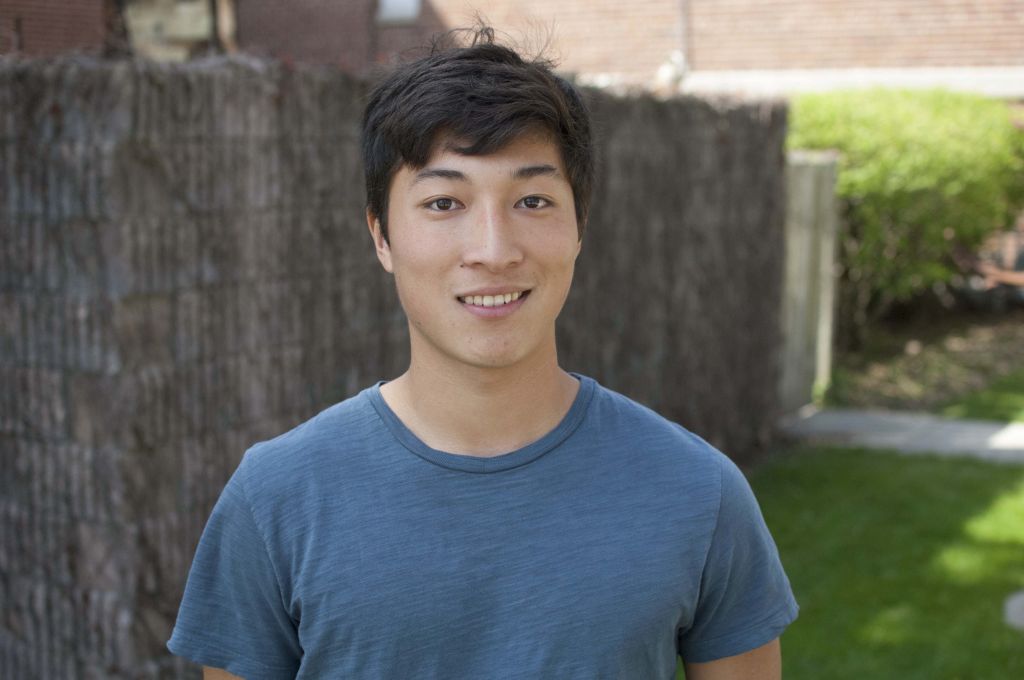 James Garcia speaks three languages and wants to be a doctor, but he never imagined that he would end up translating in a hospital operating room when he left for three months in Peru with Goshen College’s Study-Service Term (SST) this past summer.

But that’s where he found himself a few weeks into his service assignment in Cusco, after a series of events led to his unique experience of being a bridge between people during their most vulnerable times.

A junior biochemistry major from Gurnee, Illinois, Garcia is an involved student. He has been a member of the soccer team since his first year and has been conducting genetics research with science professor Dr. Andy Ammons as well.

Garcia is trilingual as a result of his family background; his mother is Japanese and his father is Mexican, so he speaks English, Spanish and Japanese. His fluency in these languages contributed to his unique and powerful experiences on SST.

“James has been given a linguistic gift, though one that he probably would not have recognized as such as a child,” SST leader Duane Stoltzfus said.

Garcia was placed in Cusco for his service assignment, working with the international organization World Vision, known for its child sponsorship programs. Because of his fluency in both Spanish and English, Garcia worked as a translator for World Vision, translating letters, brochures and photos sent back and forth between sponsors and children.

On rare occasions, Garcia was asked to accompany sponsors who wanted to visit their sponsored children and communities. This is a special moment for everyone involved, one that Garcia was able to be a part of, getting to see how the relationship has flourished and benefited both sponsor and child. “It was truly a humbling experience to see the real world impact that the sponsor’s donations were making,” Garcia said.

A coworker at World Vision knew of Garcia’s interest in medicine, and lined up an opportunity for Garcia to work with an organization called Smile Network, an American-based organization that sends doctors to numerous developing countries to operate on children with cleft deformities free of charge.

In Cusco, the work that Smile Network does is highly publicized, and Garcia experienced this firsthand when the regional president of Cusco and his wife met with the medical staff of Smile Network. The event was televised and Garcia was even on the news.

Because Smile Network’s work is highly regarded and widely desired, parents and children of low-income families and communities came to Cusco by the dozens seeking correctional surgery. On Garcia’s first day of translating for the Smile Network, he was faced with lines and lines of people hopefully holding their children, awaiting a positive response from the medical team.

As the week of operations continued, Garcia was asked to be present in the operating rooms to provide translations as needed. He spent the majority of his time with the chief anesthesiologist, and although the surgeries are routine, complications did arise at times.

On the first day of operations, three surgeries in, an infant went into cardiac arrest. The room quieted and all non-medical personnel were asked to leave, except for Garcia.

“It was an absolutely incredible experience seeing two doctors and three anesthesiologists so focused and calm, tirelessly working to try and revive this child,” Garcia said.

During this time Garcia was running errands to the pharmacy to purchase needed medicine or supplies for the doctors. Soon, the child was breathing again, and the cleft palate surgery had to be rushed and completed before the child stopped breathing again.

Garcia was asked to call the hospital and have a pediatric intensive care unit set up for the child, and then explain everything to the parents.

“The child was rushed up to the pediatric department upstairs and the situation was explained to the trembling 15-year old mother and her husband,” Garcia said. “Although we were doing our best to explain everything to the parents, words did not seem to be reaching them.”

It was Garcia’s words that were able to finally reach these parents, and many others, and provide a voice for families, parents and doctors alike. And the experience was striking for Garcia as well, providing a sense of clarity about his intentions for the future, with medicine and with personal interactions.