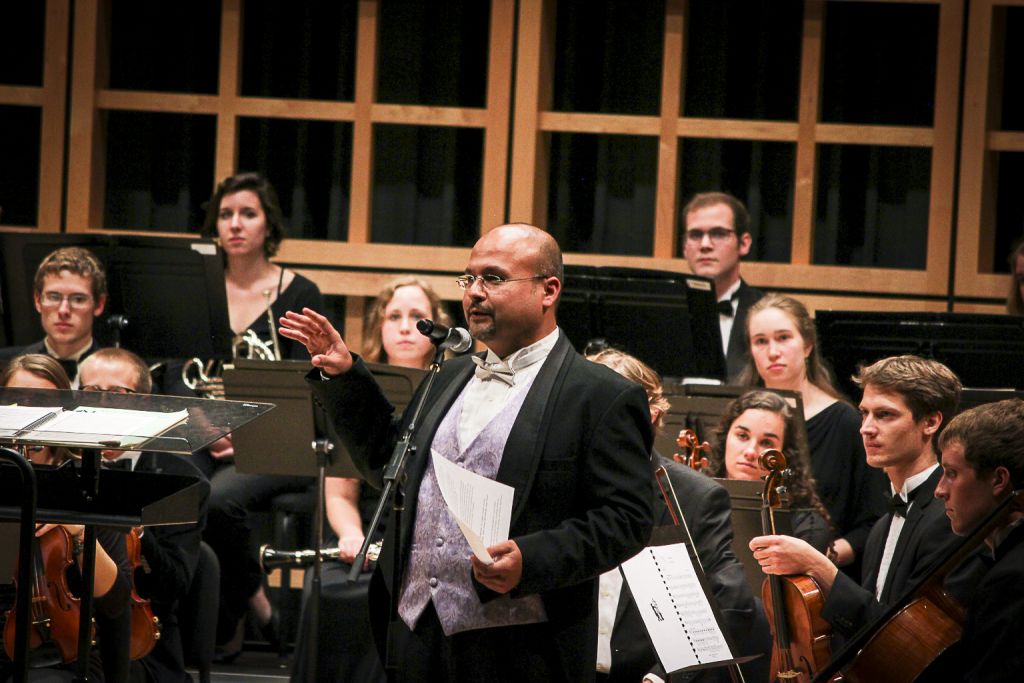 The Goshen College Symphony Orchestra, under the baton of new director José Rocha, will present their fall concert in the Goshen College Music Center’s Sauder Concert Hall on Friday, Nov. 6. The concert begins at 7:30 p.m.

The GCSO’s program is highlighted by a performance of Antonín Dvorák’s Symphony No 8 in G Major, in addition to Ludwig van Beethoven’s Coriolan Overture and Jean Sibelius’ Finlandia.

The Goshen College Symphony Orchestra is a group that varies in size and repertoire from that of chamber orchestra to full philharmonic dimensions. Formed in the 1950s, it has actively performed standard symphonic repertoire ever since. The group presents concerts of major orchestral works each semester. In addition, it accompanies the choirs, operas and student winners of the Concerto-Aria Competition.

Tickets are $7 adults, $5 seniors/students, available online at goshen.edu/tickets or by calling (574) 535-7566. Goshen College faculty, staff, and students are free with valid ID.

José Rocha is associate professor of music at Goshen College and director of the Goshen College Symphony Orchestra. Strongly committed to music education, Rocha has taught and directed middle school and high school orchestras in Florida, Texas and Mississippi for the past 15 years, and is a sought-after conductor and cellist in the United States and Mexico. Rocha made his Carnegie Hall debut leading the Johnston Sinfonia Orchestra in 2014. Rocha has enjoyed a diverse musical career, conducting and performing with Ray Price, Glenn Frey, Frank Sinatra Jr., Marvin Hamlish, Ray Charles and Johnny Mathis, among others. His orchestral experience includes membership in the Southwest Florida Symphony, Orlando Philharmonic, Savannah Symphony, Symphony of South East Texas and the Strauss Symphony of America. Rocha holds a Doctor of Musical Arts degree from the University of Houston, a Master of Music degree and bachelor’s degree from the University of Florida.