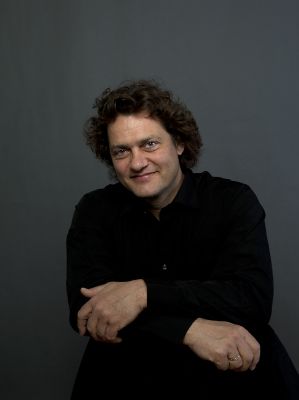 Sparbo will perform many of Grieg’s art songs with pianists Luke and Mary Rose Norell, and will solo with the Goshen College Chamber Choir, conducted by Dr. Scott Hochstetler, on Grieg’s final opus, the sacred a cappella work “Four Psalms.”

Sparbo will present a vocal masterclass to Goshen College students on Thursday, Nov. 5, from 1:30- 2:30 p.m. in Rieth Recital Hall. The masterclass is free and open to the public.

Njål Sparbo is one of Norway’s most active and versatile singers, with an exceptionally broad repertoire of song, oratorio and opera. In 1997-99 and 2005-08 he received the Norwegian Government Grant for Artists for working with the art song tradition. He has been awarded the Kirsten Flagstad Prize, the Ingrid Bjoner Prize, and in 2009 he received the Grieg Prize for his contribution to renew the musical interpretation tradition of Grieg’s songs by bringing forth the dramatic essence. In 2009-2014 he worked as a research fellow at the Oslo National Academy of the Arts in The Norwegian Artistic Research Fellowship Programme with the project “Singing on the stage – with a psychophysical approach.”

He has continued as a researcher of psychophysical stage presence, combining contemporary aesthetics with the tradition of Norwegian Psychomotor Therapy, and he has engagements as associate professor at the Academy of Opera and at the Academy of Ballet at the Oslo National Academy of the Arts. He is currently a member of the research group “The Reflective Musician – Interpretation as Co-Creative Process” at the National Academy of Music in Oslo.

Sparbo is an advocate of contemporary music performance and has sung numerous world premiere performances. He performs regularly at festivals and on television and radio, and he has participated in 30 CD recordings. His solo engagements include all the major Norwegian choirs and orchestras and The Norwegian National Opera. He is heard performing at venues all over Europe and beyond, including Russia, United States and Japan.