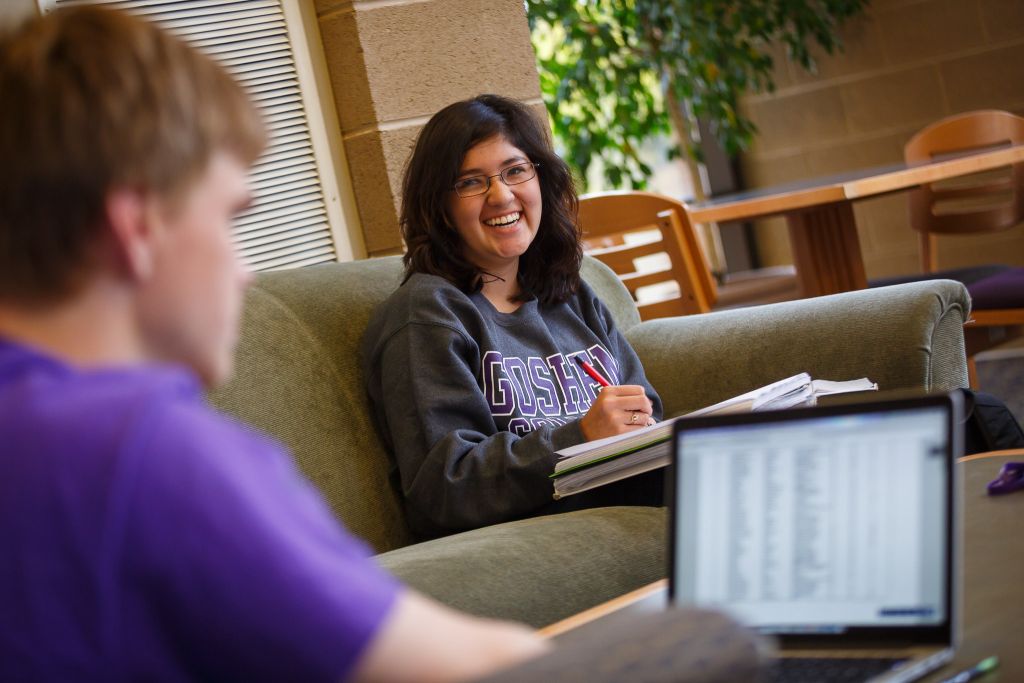 The annual college rankings are out, and Goshen College continues to move forward among the best U.S. colleges on many lists, including Kiplinger’s, U.S. News & World Report, Washington Monthly and Forbes. Goshen College also received special praise from several independent rankings, including a nod as #3 “Best Christian College,” #4 “Best Nationwide College for Your Money” and #3 “Best College Farm.”

Goshen College was included on lists for having high ethnic diversity on campus, averaging least debt among graduates and a high freshman retention rate (78 percent). Some other factors that help Goshen College maintain a high ranking include a high graduation rate (70 percent), a strong academic profile of first-year students (25 percent of freshman in the top 10 percent of their high school class) and strong alumni giving rate (25 percent). GC was also moved up one spot to 137th by high school guidance counselors among the best liberal arts colleges.

The “Liberal Arts” category, in which Goshen College is ranked, is defined as schools emphasizing undergraduate education and awarding at least 50 percent of degrees in the liberal arts. Read the U.S. News and World Report ranking methodology.

Goshen College also ranked 29th among liberal arts colleges for its high graduation rate. The college ranked 42nd for the high percentage of graduates who go on to earn a doctoral degree, up 14 spots from last year, continuing the strong tradition of preparing students for post-graduate success. 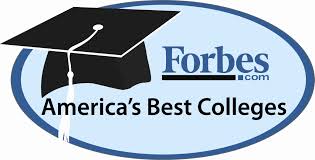 Overall, Forbes Magazine ranked Goshen College 333th on an elite list of 650 institutions – selected from the more than 4,000 total U.S. colleges and universities – based on its student satisfaction, post-graduate success, student debt, four-year graduation rate and competitive awards. This places Goshen College among the top eight percent of all U.S. colleges and universities. Goshen College ranked 76th among all Midwestern colleges, and among all private colleges, it ranked 241st.

According to Forbes and CCAP, America’s Best College rankings are focused on measuring how well colleges meet student needs.

BEST COLLEGE FOR THE MONEY

In addition to being ranked fifth by U.S. News and World Report for Most Students Studying Abroad and 33rd for Most International Students, The Christian Science Monitor rated Goshen College fifth on their list of “Top Ten Most Globally Minded Colleges.”

Goshen College is among the fewer than 300 colleges named to the Colleges of Distinction list for 2015-16. The college is one of only eight Indiana colleges to be named to the list, and is among 59 Christian colleges listed. Learn more.

Business Insider placed Goshen College at #384 on its list of 610 “Smartest Colleges in America” based on college and university students’ average standardized test scores.

Goshen College earned the Women’s Choice Award as #85 among America’s Best Colleges, making it #3 in Indiana, using a ranking system based on criteria that women identify as most important to them.

Christian Universities Online also ranked Goshen College as the 4th “Best Christian College” out of the top 50 in the United States, and 36th among “50 Christian colleges exceeding expectations.”

OutstandingColleges.com ranked Goshen College 3rd among their “Top 30 Christian Universities in the U.S.”

GC earned a silver rating from the Sustainability Tracking, Assessment and Rating System (STARS) report, which recognizes colleges and universities for their commitment to sustainable practices on campus and is one of the tools used in the Sierra Magazine rankings. The college is one of only seven colleges and universities in Indiana to have earned a STARS silver or gold rating. 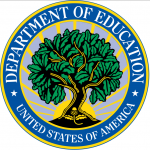 Goshen College earned a very respectable position on the White House’s College Scorecard, a new feature from the U.S. Department of Education’s College Affordability and Transparency Center that appraises institutions based on cost, graduation rate, loan default rate and median borrowing. Goshen had a high graduation rate of 71 percent and shows that 95 percent of GC graduates are able to pay down their debt, well above the national average of 67 percent.